How Can Marijuana Treat You? 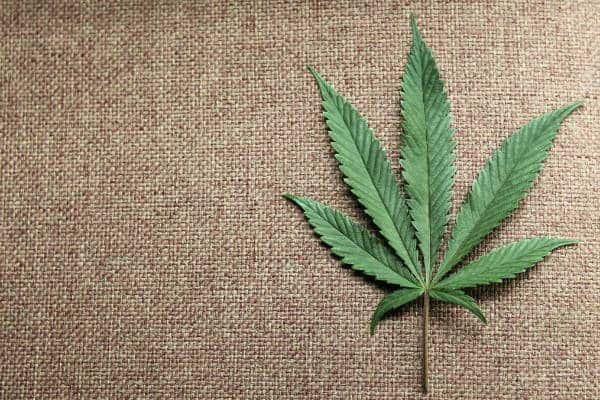 Marijuana is also known as cannabis, since it is produced by the cannabis plant, and is of great value in the field of medicine. Tetrahydrocannabinol (THC) is the substance present in the marijuana which is a potent psychoactive material.

The cannabis is used for many medical purposes, but the most common of them involves promotion of feelings of being “high.” Moreover, it is also known to increase one’s appetite, produce changes in the general state of conscious perception, high mood and relaxation. Marijuana is a two-edged sword, for along with producing medicinal boons, it also casts several undesired effects, some of which are reduction in short term memory span, dry mouth, impaired  motor skills, red eyes, and feelings of paranoia or anxiety. Onset and severity of effects depend on the mode of intake and the amount.

Marijuana is used to treat glaucoma, a disease of the eye in which intra ocular pressure rises and produces pressure on the surrounding structures, damaging the optic nerves, which can lead to loss of vision.

The drug slows the progression of the condition by decreasing the pressure of intraocular fluid. As stated by the NATIONAL EYE INSTITUTE that, “Studies in the early 1970s showed that marijuana, when smoked, lowered intraocular pressure (IOP) in people with normal pressure and those with glaucoma.”

Improves lung functions and reverses the carcinogenic action of tobacco:

The Journal of American medical association published a paper in 2012 according to which, marijuana improves the lung compliance which in turn adds to an enhanced quality of lung functioning, owing to which, lung performance increases and the capacity of lung improves. In the study, over the course of 20 years, tobacco addicts experienced a deteriorated lung function, whereas pot smokers exhibited an improved one.

Robert J. DeLorenzo, of Virginia Commonwealth University, gave marijuana extract and synthetic marijuana to epileptic rats. The drugs rid the rats of the seizures for about 10 hours.

Tetrahydrocannabinol, the main ingredient present in cannabis plant is the reason behind the control of seizure. It causes a bond to be formed between the neuronal cells and helps control their excessive excitability, which in turn regulates the flow of electrical current. This study was published in the year 2003.

Controls the symptoms of Dravet’s syndrome:

Dravet’s syndrome, also known as severe myoclonic epilepsy of infancy (SMEI), is a type of epilepsy with seizures that are often triggered by hot temperatures or fever.

Dr. Gupta, who is the chief medical correspondent at CNN, and a neurosurgeon, interviewed the FIJI FAMILY during his research for making a documentary on “WEED”. The daughter of that family has Dravet’s syndrome, for which her father gives her marijuana strains. Bouts of seizures reduced amazingly from 300 a week to once or merely twice in a period of seven days.

Researchers at California Pacific Medical Center in San Francisco reported in the year 2007 that a substance present in marijuana named as “cannabidiol”, helps prevent cancer cells from spreading in the body, by causing a gene called Id-1 to be deactivated. Cancer cells tend to produce this gene in excessive amounts and by the virtue of it, they spread in the body.

The researchers experimented breast cancer cells that were aggressively producing this gene by treating them with certain doses of marijuana. They observed that production of Id-1 gene was dramatically reduced by the breast cancer cells.

One of the reasons why marijuana is being used among patients going through chemotherapy is because it can promote the feelings of relaxation in the patient and controls their anxiety.

In 2010, researchers from the Harvard Medical School suggested that in low doses, this drug benefits in reducing anxiety, while high doses can aggravate the condition.

Marijuana is used for relieving pain:

Jody Core Bloom performed a study on 30 patients with multiple sclerosis, who had severe pain because of the painful contraction of their muscles, which occurred as a consequence of their disease. He mentioned that, patients do not get relief from other pain killers. Instead, they get relieved from pain by smoking marijuana. Tetrahydrocannabinol is the reason behind it. This organic compound disconnects the bond between muscles and their associated nerve endings, which helps in relieving pain, as reported in the Canadian Medical Association Journal.

It is not the only muscle pain which gets subsided by marijuana. Several other kinds of muscle spasms can be treated by medical marijuana. For example, diaphragm muscle spasms that occur in a disease called “Leeuwenhoek’s Disease myoclonus’ (diaphragmatic flutter), in which there are constant spasms of the abdominal muscles, can be relieved by marijuana strains.

Natural ingredients present in marijuana like ‘Cannabinoid’ and ‘THC’, aid in improving chronic gut conditions such as the inflammatory bowel disease (Ulcerative colitis and Crohn’s disease), because these substances have an important role in gut function and immune response, as reported by a research carried out at the University of Nottingham in the year 2010.

>> NEXT STORY: Feeding Rice to Your Baby Can...