Bed Bugs! A name that is enough to bug you for the whole day. These annoying blood-sucking creatures makes one throw their mattresses out from the window, since they tend to never leave the place where they start breeding once.

You get up one fine morning to discover large red spots at different places on your body. Take no extra moment to welcome the bed bugs to your foamy mattress, who allow you to share your bed with them, on the terms of sharing your blood with them too!

Well, set your eyes for the upcoming interesting research about these rather annoying creatures that make us scratch like crazy all day long.

Bed bugs are choosy, they are attracted to certain color, research says. Now that you shall stick to read the full blog in order to throw away the colors from your closet which might attract these blood-loving tiny creatures who fell no shame in invading your bed with all their generations breeding in there.

A latest study that was published in the Journal of Medical Entomology on Monday says that the enraging bugs prefer black and red over other colors. Now do not go to throw stuffs out of your house that are red or black, since the claims are not sufficient as yet to prove whether one set of sheets is expectedly to appeal these bugs than another set of sheets.

Cimex lentacularis, is the name you can scientifically call these blood-sucking animals (wait, why would you even bother to call them?). Bed bugs have the affinity to hide in cracks, crevices, and tend to remain curled up for most of the time in bed nooks. This is why finding and hunting them is a task not easy for everyone. More to that, these creatures are developing resistance to insecticides by and by. Such a situation has brought together the genius mind, who are interested in figuring out what makes a good hiding place for bed bugs, so that you can go and hunt them before they take over your bed and allow you to live over it at the expense of your blood. Colors are chief attracting components of the insects, and they also form cheap devices in designing a new trap for them.

Study personnel from the University of Florida and Union College went over to observe and study if bed bugs exhibited any specific preferences for colors. According to old researches, bed bugs feed and move in dark, and this is when they lose most of their capability to distinguish colors. However, the scientists want to identify the key color that when shone upon these insects, makes them move to their harborage too quickly.

The researchers wrote in their study that bed bugs tend to move to any cracks or crevice in order to hide themselves. However, certain color experiments reveal that the bed bugs do not prefer hiding at any place. Instead, they choose a place that is based on its shade when moving in the presence of light. Pretty worried now, aren’t you?

Here comes the interesting part of the study.

Several bed bugs were placed into petri dishes containing different choices of colors at different locations in the dish. Each bug was provided a time of 10 minutes to move to their harborage. Their choice was then recorded. The study authors shuffled those colors around the petri dish so as to exclude the possibility of choices of picks on the basis of their location. After that, the researchers tested each bug for their sex, feeding status, age and their difference in preference for colors. Longer tests where performed on the female bugs who were about to lay eggs, so as to see whether they chose a favorite color for hiding or to leave their eggs underneath it.

Color choices among each group of bed bugs was different. Those who were hungry seemed to care less about color preference. Moreover, the choice of color varied with the sex. However, in general, the bugs exhibited more affinity towards red and black.

Corraine McNeill who belongs to the Union College, and is the study co-author, said that, “We originally thought the bed bugs might prefer red because blood is red and that’s what they feed on,”  But it was also observed that the bugs seemed to cared less about any color when they were in search of meals.

Among the ‘less preferred colors’, white, yellow and green stand as the top most ones. As McNeill says that, “I always joke with people, ‘Make sure you get yellow sheets! But to be very honest, I think that would be stretching the results a little too much.”

Lifestyle
Healthcare Workers Tell Stories That Made Them Quit
Healthcare workers have some of the most challenging jobs out… Trista - April 15, 2021

Health
People Share their Worst Doctor Visits
Everyone would agree that going to visit the doctor is… Trista - April 9, 2021 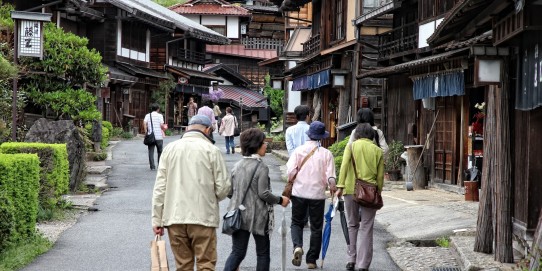 Health
Why These Countries Have Lower Cancer Rates
In this day and age, having good health can be… Trista - April 6, 2021
- Advertisement -
Advertisement