Keep Away Those Laundry Detergent Packets from Your Children 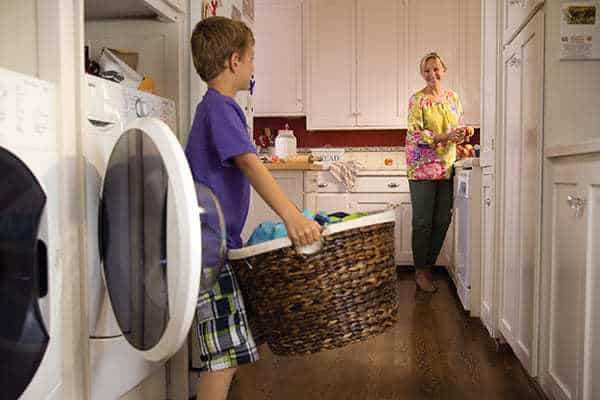 Chemical toxicities form a great part of the Pediatric emergencies. Children tend to grab and intake toxic substances like medicines, chemical solutions, phenyl, bathroom cleaners, and at times even acids! Some part of these accidents are also contributed to accidental burns, but

Fortunate are the ones who tend to get treated and saved early. But this does not seem to happen lately, for the rising incidences of chemical toxicity produced by intake of laundry detergents is rising considerably. A latest report says that laundry detergent packets are getting into the hands and guts of small children, which puts them into quite serious and even fatal consequences.

The analysis which was published on Monday claims that there is a whole of 17 percent rise in the frequency of calls that are made to the U.S poison control centers, owing to increasing incidences of accidental laundry detergent exposure in the year 2013 and 2014, and these happenings involves small children.

Dr. Gary Smith, who is the lead study author as well as the director of the Center for Injury Research and Policy at Nationwide Children’s Hospital in Columbus, Ohio, reported at the CBS News that, “We found that the majority of poisonings were due to exposure to laundry detergent packets and unfortunately it was precisely those products that were causing the greatest toxicity.”

Smith along with his team discovered and analyzed from a data containing above 62,000 calls that were made to the U.S poison control centers, after accidental ingestion of dishwasher and laundry detergents by small children who were merely under the age of 6 years. The analysis revealed that accidents with all sorts of detergent exposure have increased, but there is a striking rise in those with the laundry detergents, which exhibited a 14 percent rise.

You might be wondering why are there no cases regarding ingestion of laundry detergent powder, bars or granules? Well, poisoning occurs with these agents too, however no history related to them have been recorded in this data. Moreover, it has been studies that the liquid packs are more poisonous. They produced 17 cases of coma, 4 causes of pulmonary edema, 2 cases of cardiac arrest and 6 of those of respiratory arrest. Direct exposure to these detergents in liquid form resulted in two mortalities as well.

Smith indicated that it is a child’s nature to explore things in depth. There are a hundred percent chances that if they bite upon a packet, its contents will soon gush up in their mouth and to the back of their throats. Parents in this case must prefer typical laundry detergents rather than going for packets.

Smith says that such components must be treated like poison and should be kept out from the reach of children. Locking them in cabinets is the best solution. Such chemical agents must be taken away out of the sight of the children, so that there remains no chance of any exposure.

Ingestion of such stuff causes the greatest damage. However, any contact of the chemical with the eye or lips can produce irritation and local reaction. Drooling, choking, labored breathing, coughing and swelling are some symptoms which may occur immediately after ingestion of toxic chemicals. Parents who find their children with such symptoms must not make any delays in contacting the help line.

>> NEXT STORY: Red Color Beats Away Cancer of...