Hug Your Dog and Make Him Upset- Latest Study Revelation 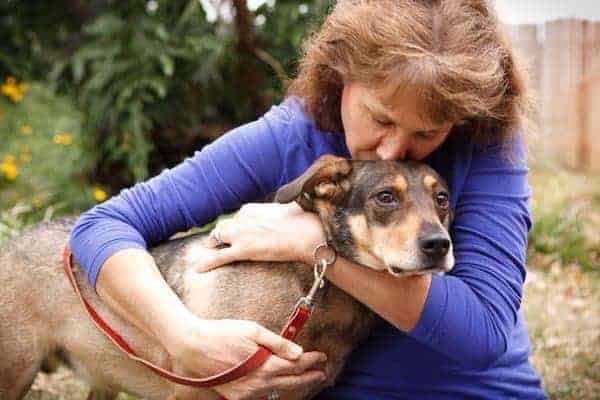 Dogs form lovely pets, don’t they? Who would not prefer keeping a cute and cuddle-some dog at their homes? Dogs tend to make our life pleasant, and make some utterly loyal companions, sometimes more than a human (LOL!).

So basically, when you pet a dog, what do you do to make him happy? Feed him? Tickle him? Talk to him for hours? Take him out for a walk? Bring him a mate? Or play with his favorite game, “throw and fetch the ball”? Well, all these activities form an important part of a ‘dog’s life’, since they are known to live for it.

Well, that was all about how to keep your dog going on with you. However, I bet that they will remain loyal even if you don’t provide them with these many pleasures often (don’t try to attempt them, it will make your pet upset and you don’t want that).

How many of you hug your dogs tight? And how many of you think cuddling with your dogs will strengthen your bond with the pet and will make him happy? Well, if you are in favor of this, we might tell you to stop it.

Latest studies suggests that dogs dislike the practice of hugs. Now all those who answered positively to the above asked question, ponder over this act for a moment, since science has recently discovered this prevalence of loath among the dogs for hugs.

Stanley Coren, who is a neuro-psychological researcher as well as a professor of psychology argues in an article that was published in Psychology today that dogs tend to get stressed when they are hugged.

Here comes the interesting part of the study. It involved an analysis of nearly 250 internet pictures that displayed people hugging their dogs. The scientists scanned for signs and symptoms of anxiety, hate and stress displayed by the dogs in those pictures. For many of us who weren’t aware of this study, we would assume these dogs to be equally happy as their owners who were cuddling with them. However, the results established from those observations were utterly astonishing.

Data reveals that nearly 82 percent of the pets exhibited at least one sign of stress when they were hugged. Some dogs showed a happy response while the remaining ones were rather ambiguous or remained neutral in response to this action.

Coren commented that: “Dogs are technically cursorial animals, which is a term that indicates that they are designed for swift running. That implies that in times of stress or threat the first line of defense that a dog uses is not his teeth, but rather his ability to run away.” He further adds that by hugging the dogs, we tend to immobilize them, which provokes the sensation of stress within them. And if the pet’s anxiety reaches a signficantly intense level, it may even bite the owner. Coren insists upon giving your dog a kind word or pet them if you want to show affection to your pet.

To add more evidence to the study’s point, here is a real story present by a student who bought her Nova Scotia Duck Tolling Retriever puppy to the ‘Doggy De-Stress Day’ which was being held at their local university campus. The pet was 6 months old when a girl came up to hug him, expected that he would respond with love since at this age, animals adapt to any form of interaction. But to the girl’s surprise, the puppy broke-off eye contact, had its ears slicked down and gave a tiny stress yawn. The owner polity said that dogs shouldn’t be hugged, since it produces stress in them.

The girl looked up and answered that she is studying developmental psychology and according to her subject, hugging strengthens the bond between two subjects since it promotes the release of oxytocin (call it the ‘love hormone’) in them. How come the act not sound good to puppies?

The answer to her question as stated in the article was that, dogs are completely different from humans, since they are created with swift running qualities. If you immobilize them, they consider it to be an act of attack and produces insecurity within them.

If you still are not satisfied with the evidences and the study results, try hugging your dog and noticing him at the same time. Observe what signs it exhibits. Look for if any of them is a sign of stress rather than love.