Prevalence of Suicide is More Common in the LGBT Community 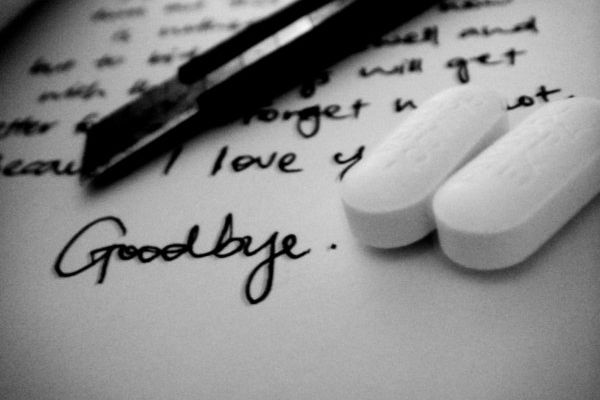 Human rights have been always fought for ever since the beginning of life on this planet. Yet, it is very disappointing that till this date, basic human needs and requirements are met limited to a community, race or a group. Much of the population on the globe is still devoid of the fundamental human rights.

The LGBT community, which stands for Lesbian, Gay, Bisexual and Transgender, emerged as a group so as to struggle for their identity and basic rights. The community fought for legal permits, and finally they won the quest in many parts of the world, yet they strive to fulfill their fundamental necessities owing to the prevalence of low level of acceptance towards this group in our society.

The largest research in the world that has been conducted for LGBT community emerged as the “Stonewall Gay and Bisexual Men’s Health Survey,” which incorporated around 6861 participants from all across the Britain. The purpose of this study was to point out towards the fact that many of the basic needs of these individuals, with special consideration to drug use and mental health are being overlooked.

This study also reveals an important fact that bisexual and gay men are six times more likely to attempt a suicide under the age of 45 years. The rates shoot up to higher levels if these individuals belong to the black race, are poor, or are less educated. The study also indicates that health services does not pay attention to the health-needs of the people of this community, in an era where every human being, irrespective of their race, ethnic background, age, gender and lifestyle choices, must be attended and treated equally.

The team of researchers belonging to the London School of Hygiene and Tropical Medicine found (LSHMT) wanted to discover the contribution of factors such as income, ethnicity, age and other related things on the mental status of an individual, like anxiety, depression and suicidality. The findings of this study which have now been published in the Journal of Public Health revealed the fact that how extra stressing factors can complicate and already present dangerous probability of suicide among the LGBT community.

A professor of public health at the LSHTM as well as the lead author of this study, Dr. Ford Hickson says that, “Minority groups are usually thought to be more homogeneous than they actually are, when, in fact, there is great variation in health and life situations among this group. What’s clear is that health inequalities among gay and bisexual men mirror those in the broader society.”

Regarding the most dramatic variations that showed up during the study, age and race ranked to be the top most. About 6 percent of the bisexual and gay males were reported to have attempted suicide when they were under the age of 26 years. However, the figure dropped down to just 1 percent in the case of such men above the age of 45 years.

Regarding racial differences, bisexual and gay men who were black have been discovered to be five times more likely to have attempted suicide, and are at the double risk of getting depressed. Dr. Hickson pointed out that it could be owing to the reason that men at older ages are better capable of coping up the the trials of homophobia, or those who live in rather privileged areas are less likely to suffer from depression. Dr. Hickson further adds to his context that, “Poor mental health is not evenly distributed across race, income, or education. We must ensure that access to life-changing support services are targeted to where they are needed most.”

Other variations showed up like, Asian bisexual and gay male subjects were found to suffer from depression more than their white male counterparts, but are at the lesser risks of attempting a suicide or self-harming.

Among the two members of the LGBT community, bisexual individuals were found to suffer from a greater stigma of depression than the gay peers. About 17 percent of the gay and bisexual men population who were university graduated were found to suffer from depression, which is nearly half to that of 30 percent for those who droppeed out from school at the age of 16 years.

In this study, it was found that living with a male partner attributed to one quarter of the anxiety cases, half of the cases of depression, and about two-fifth cases of those in which the individual has attempted self-harm. However, according to the study, living with some one else besides a male partner does not case any protective effects.

>> NEXT STORY: How Can Marijuana Treat You?