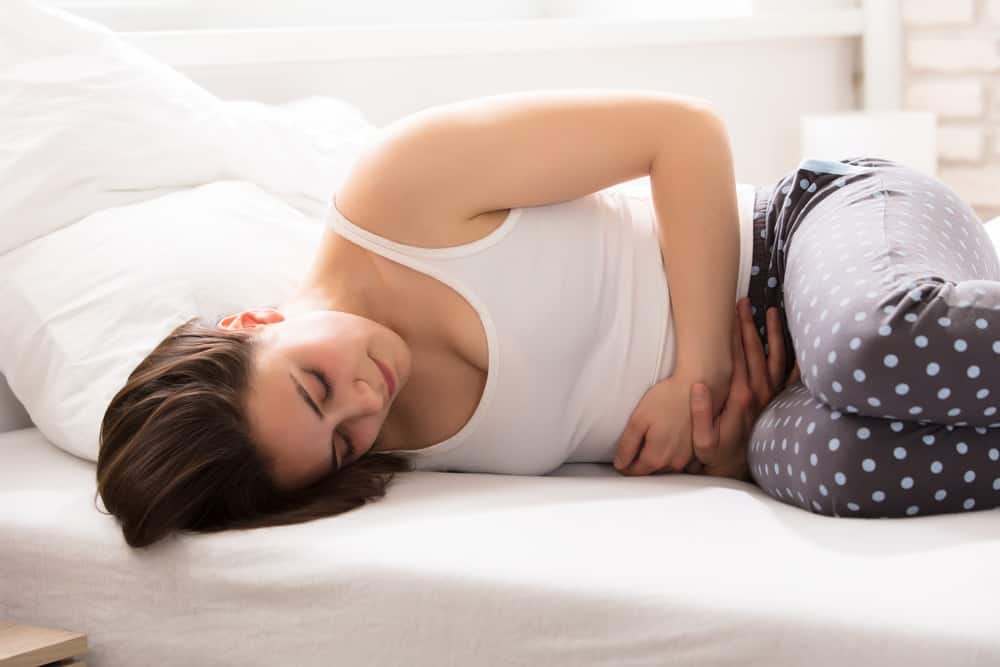 A vegan diet can alleviate PMS

Pre-menstrual syndrome (PMS) differs from one woman to another. Some women have no symptoms, while other women have severe difficulties as their menstrual period approaches. A woman might have symptoms one month and none the next. Symptoms of PMS include acne outbreaks, bloating, exhaustion, irritability, aggression, mood swings, and tender breasts. There is no test to determine if a woman has PMS. However, a diagnosis is made when a woman complains about regular episodes of the emotional symptoms of PMS that appear before menstruation and disappear soon after it starts. The severity of the signs should be such that they interfere with a woman’s everyday life.

Since a woman’s menstrual cycle revolves around rising and falling hormone levels, it’s easy to see that PMS is hormone-related. Progesterone, estrogen, and estradiol levels alter during different phases of the menstrual cycle. These fluctuations bring on episodes of PMS. Research on the relationship between veganism and PMS is necessary. However, there are many anecdotal stories of women who have reported significant improvements in their PMS symptoms after going vegan. Broccoli, kale, and cauliflower are cruciferous vegetables. Together with fiber from whole grains, they can help normalize estrogen levels. 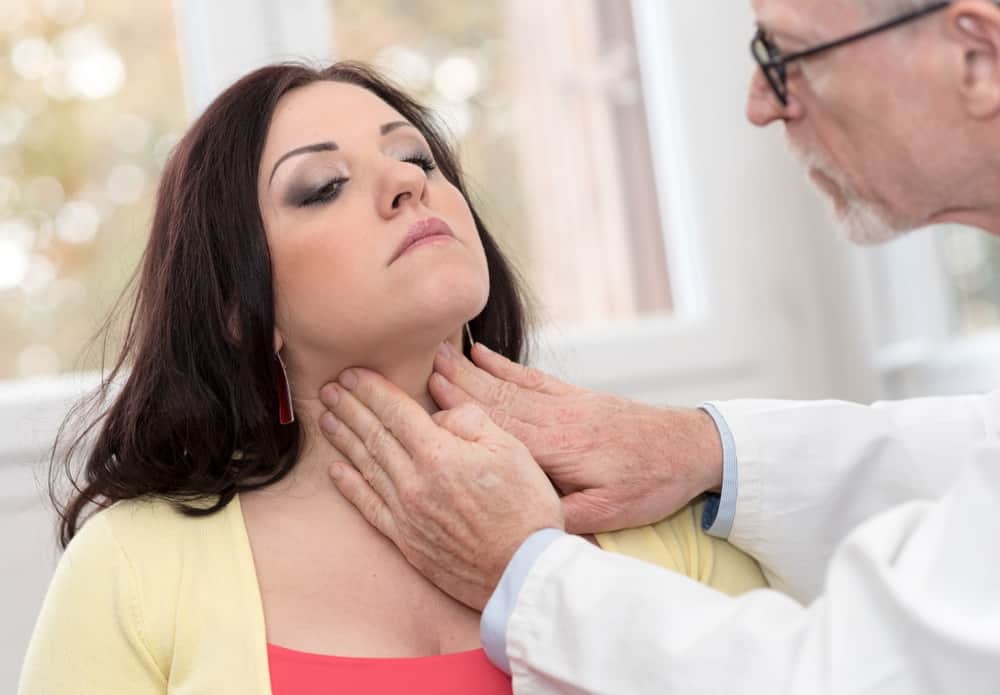 A vegan diet can help with thyroid disorders

Hypothyroidism occurs when the thyroid gland does not produce enough hormones. The thyroid gland is at the front of the neck right beneath the larynx. The thyroid gland produces hormones that are necessary for vital processes in the body. These processes include heart function, digestive functions, muscle control, bone maintenance, and brain development. The hypothalamus in the brain controls the release of thyroid hormones. The thyroid gland produces thyroxine and triiodothyronine hormones. It also produces calcitonin which is thought to help in the regulation of calcium levels in the body. Hypothyroidism will decrease the sufferer’s metabolic rate. Other symptoms include fatigue, depression, poor memory, and a lowered heart rate.

Several nutrients in the body can help to regulate the thyroid gland. They include iodine and tyrosine. Iodine is found in seaweed and mineral salt. Your body produces tyrosine, but it should be supplemented with dietary tyrosine intake. Nuts, seeds, and fruits are rich in tyrosine. Zinc, copper, and selenium are essential minerals that relate to thyroid function. Hypothyroidism causes oxidative stress. Foods rich in antioxidants lessen oxidative stress. Vegan diets are rich in all the nutrients needed to help in the regulation of thyroid function. 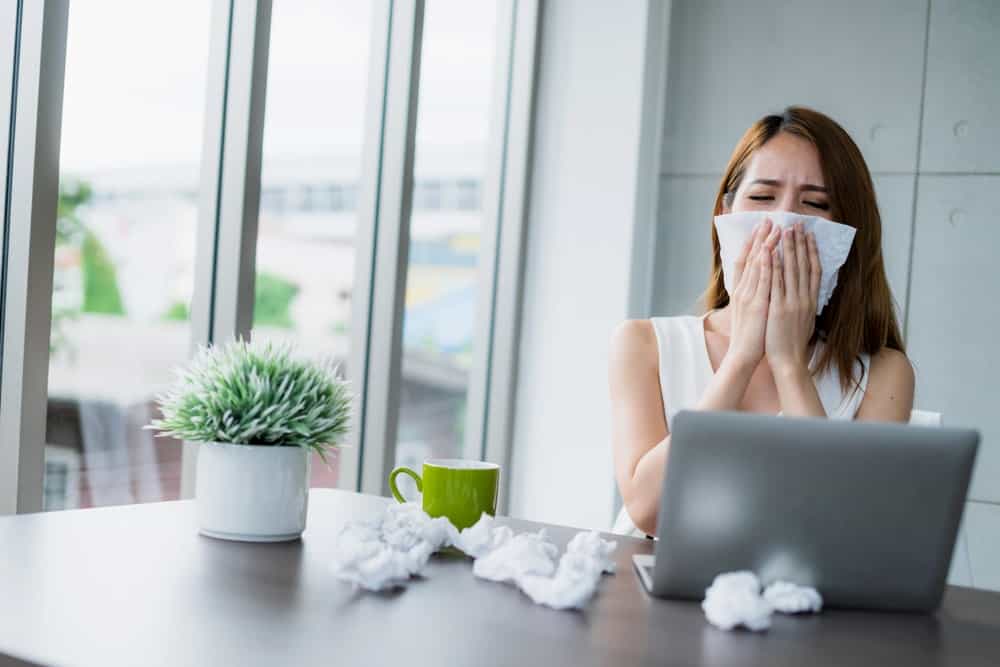 There are several bacterial infections caused by contact with meat and other animal products. These include e. Coli and salmonella. Escherichia coli (e. Coli) is a bacterium that lives in your intestines and is also present in the bowels of several animals. There are different types of E. coli. Some are harmless and necessary for digestive health. Some strains are dangerous and can cause severe diarrhea. The young, the elderly, and anyone with a compromised immune system can quickly die. E. coli can cause other conditions such as pneumonia and urinary tract infections. Fouled water can cause E. coli, but its primary source is animal products.

Salmonella is most often found in raw or undercooked meat and animal products. It is common in unpasteurized dairy products, eggs, and meat. Salmonella has been found in some vegetable products, but the number is minimal when compared to infections in animal products. Salmonella causes food poisoning which can in some instances be life-threatening. While a vegan diet cannot eliminate the risk of getting e. Coli and salmonella, it can reduce the odds. By and large, these bacteria thrive in animal products better than they do in plant-based foods. 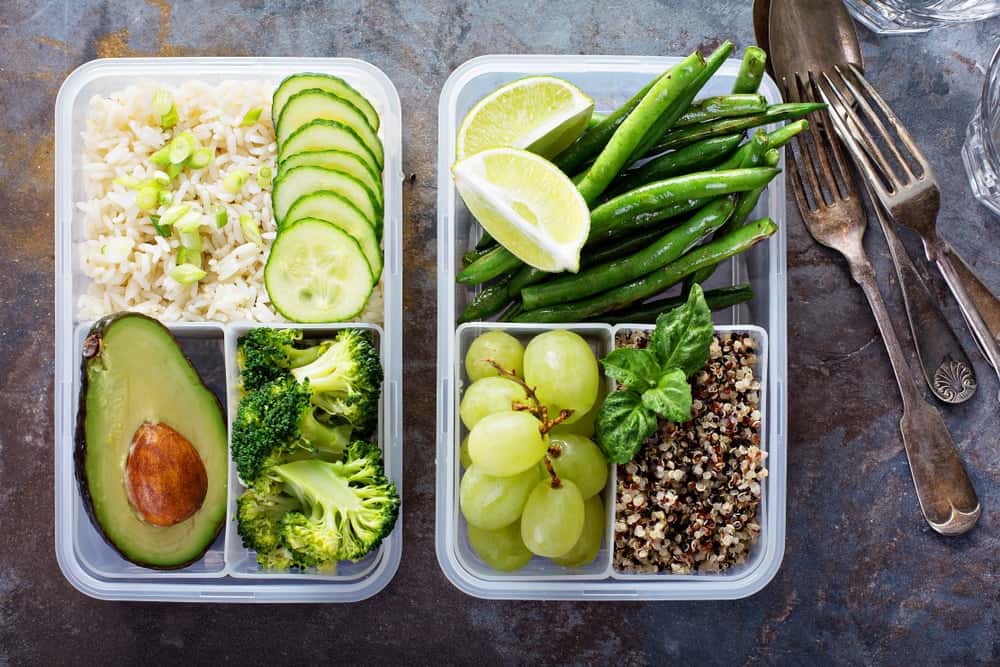 The mass-produced meat market is a cutthroat business. There is a need to get the animals ready for slaughter quickly. At times, this feat is accomplished by speeding up the growth period. It is also necessary to get the animal to a certain size before slaughtering yields the desired profit. To get animals to the slaughterhouse as quickly as possible and make a decent profit, growth hormones are used. The use of growth hormones has been an accepted practice in the meat industry for decades. The main hormones used are natural testosterone, progesterone, estrogen, and synthetic versions. Legislative regulations determine how much of these hormones may be used. However, monitoring of the implementation of these regulations is not possible at every farm or slaughterhouse.

Rising levels of hormones in meat products mean that meat eaters are ingesting more hormones than they should. This disrupts the body’s natural hormone levels. Unbalanced hormones can lead to several illnesses and health conditions. The endocrine system is sensitive to imbalances. Also, some hormones have been shown to induce tumor growths in humans. Going vegan prevents the intake of these hormones in meat products. 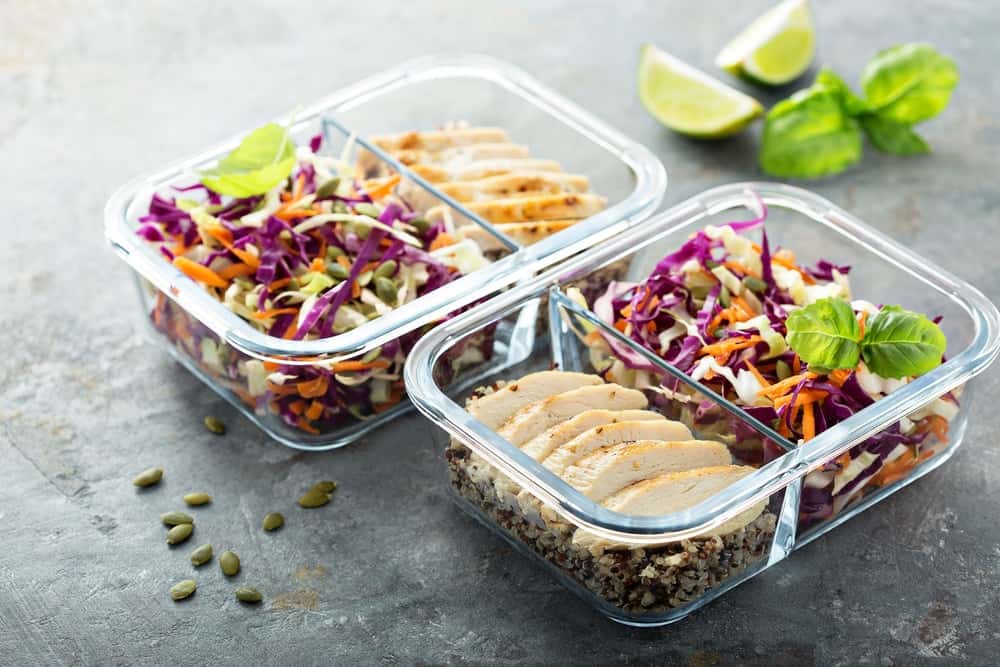 A vegan diet reduces the chance of antibiotic resistance

Animals produced for their meat live in cramped quarters. This causes the quick spread of diseases if there is an outbreak. Many meat producers use antibiotics to prevent, control, and treat infections among the livestock population. While it is illegal in some countries, antibiotics are still widely used to promote growth in animals before their slaughter. The antibiotics used to treat livestock find their way into the human body through the meat and animal products they eat. While cooking may eliminate some of the antibiotics, there is a good chance that some enter the body. Health experts are concerned that the constant supply of antibiotics to the system through animal product consumption is leading to antibiotic resistance. 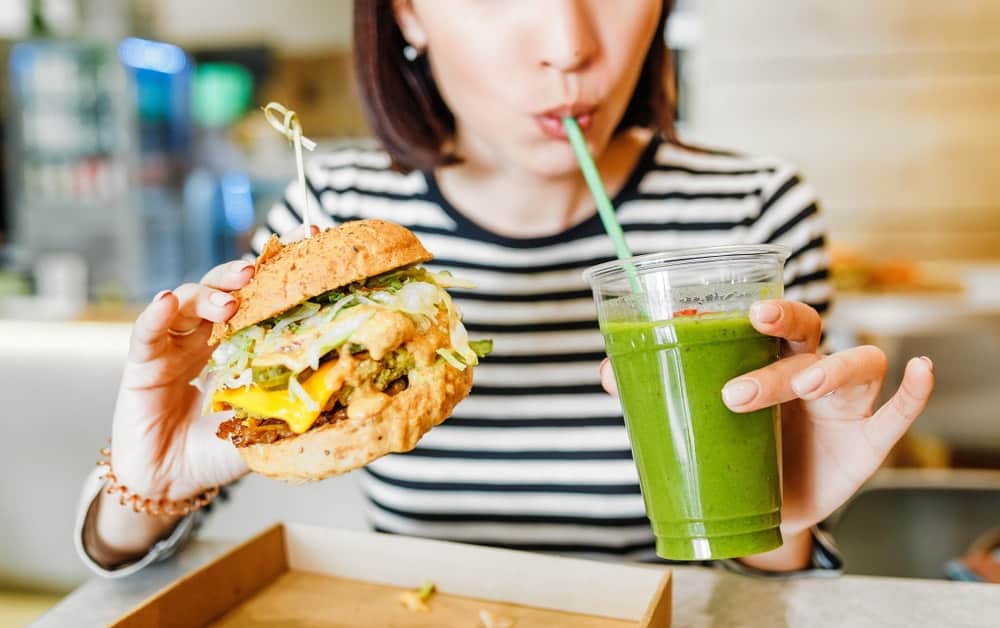 A vegan diet may help sufferers of some allergies

Some vegans need to be vigilant about what they’re eating if they have a food allergy such as nuts. In most instances, nut allergies can be life-threatening if not treated right away. For people with other food and environmental allergies, a reaction is accompanied by congestion of the nose and sinuses. For some, skin conditions such as eczema and hives are also a regular occurrence. Asthma can also be the result of an allergy. An allergy is the immune response of the body toward a substance to which it is hypersensitive. The element in question is caused by an allergen.

In severe cases, an allergic reaction can lead to anaphylaxis. This is the sudden swelling of the throat to the extent that breathing becomes difficult. Anaphylaxis can be deadly. While a vegan diet cannot cure an allergy, it can minimize the body’s response to exposure to an allergy. One of the prime causes of the congestion allergy sufferers experience is dairy products. Doctors have advised many patients with allergies to avoid dairy products when the congestion starts. Patients report that the congestion clears up more quickly if they eliminate dairy products from their diet. 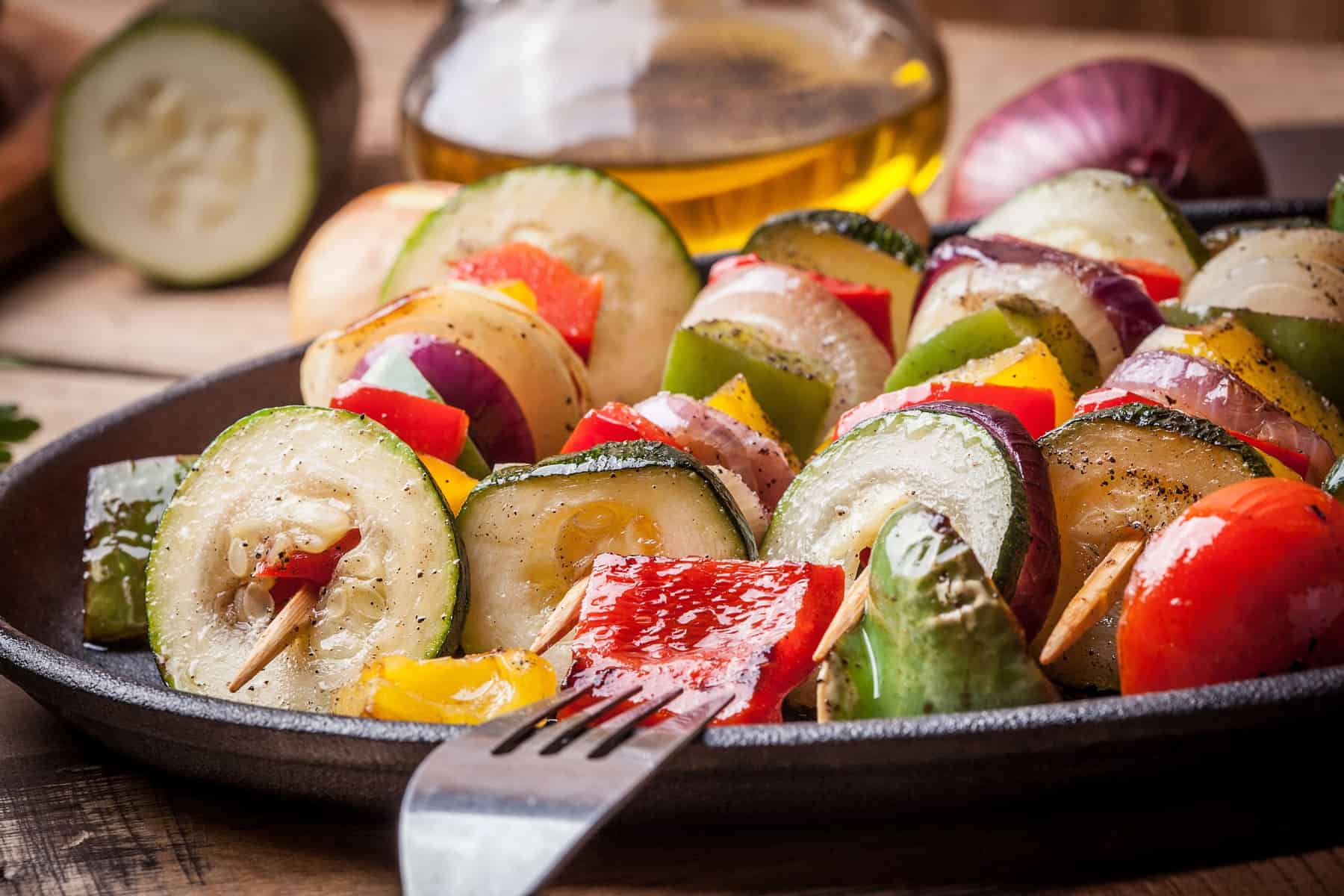 Being a vegan is getting easier

When veganism was seen as a hippie trend, few shops, and restaurants catered for vegans. There were limited food options available, making veganism a repetitive diet consisting of very few dishes. These limitations forced many people to abandon veganism. Now that veganism is more acceptable as part of the mainstream dietary choices, there are many more options. Hundreds of vegan cookbooks show how many tasty meals vegans can make. The global economy has allowed shoppers exposure to many more vegetable products than ever before. This more extensive variety of foods enables vegans to cook many different meals. A lot of vegans say that because there are so many tasty recipes to try, they’re not tempted to fall off the vegan wagon anymore.

These factors have made it easier to go vegan and stay vegan. Prices are also more competitive making veganism affordable. There is a growing sense of consciousness among shoppers who want to buy healthy products. Organic products are in demand. People are willing to pay a little extra for products that are naturally grown. Restaurants are more sensitive to the idea that not all their patrons eat animal-based products. Menus are now peppered with a great choice of vegan dishes. 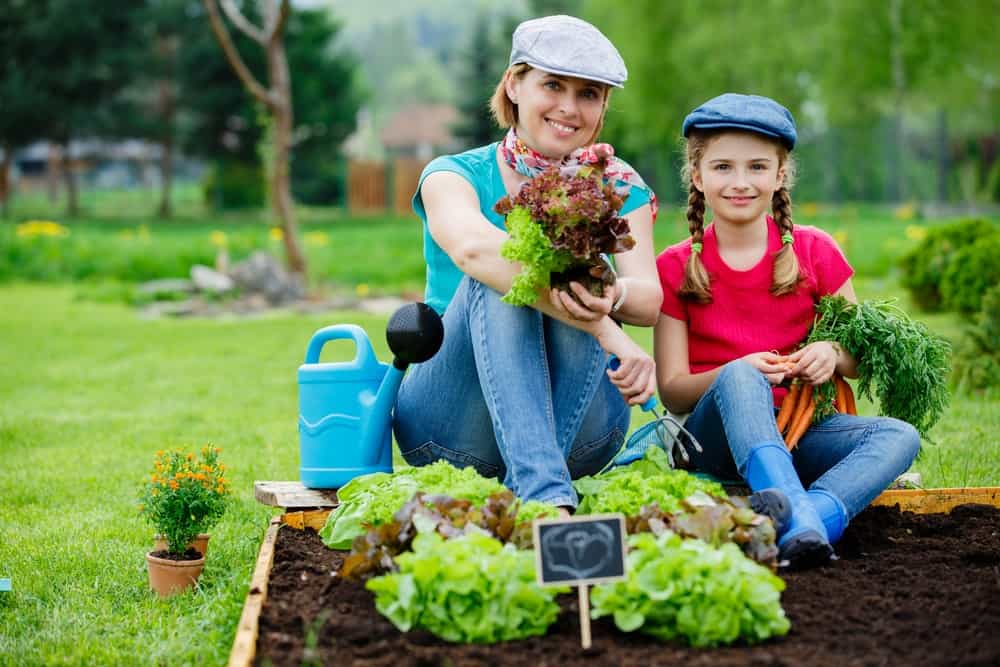 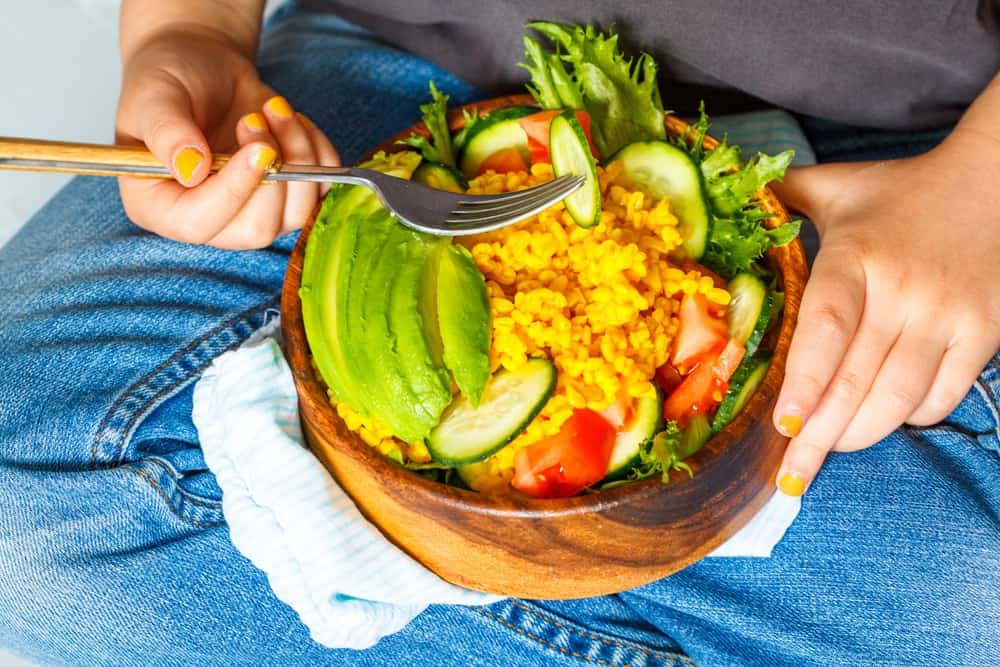 Health
ER Doctors Share Stories About Their Craziest Nights At Work
1. Getting trampled by a horse, and bringing the stallion… Trista - April 19, 2021