For All-Day Energy and Weight loss, Morning Exercise is Best 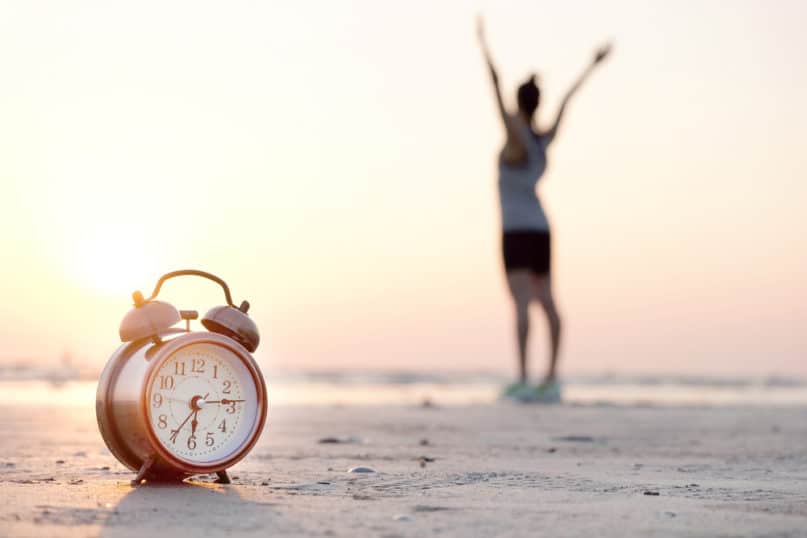 Does morning exercise mean faster weight loss? Early exercisers tend to lose more weight than late exercisers, according to a study. Here’s how to make the most of that morning workout to achieve your weight-loss goals, including what to eat for breakfast. Exercising before starting the work or school day is certainly convenient – the sooner you get it out of the way, the better – but, if you’re trying to shed excess weight, there’s probably no more effective time than the morning to schedule your workouts. Researchers from the University of North Carolina at Chapel Hill in the United States working with other institutions found that exercising before noon instead of later in the day may be more beneficial for people who want to slim down.

Their study, published in the International Journal of Obesity in July 2019, involved about 100 overweight and previously inactive young adults. The goal for all participants was to lose five percent of their initial body weight. Over 10 months, the subjects exercised five days a week in a physiology lab, burning up to 600 calories a session. When the study was over, the researchers discovered that a group that exercised in the morning lost about four percent more weight than a group that exercised after 3 pm; and about two percent more than a group with varied exercise schedules. Of the early exercisers, 81 percent achieved their five percent weight loss goal, compared with 54 percent of those with varied schedules and 36 percent of the late exercisers. Not surprisingly, all participants lost some weight compared to a control group that didn’t exercise at all.

While the reasons for the discrepancy remain unclear – more studies are needed to investigate this connection between workout timing and weight loss – the researchers noticed some crucial differences between the early and late exercisers. For one, the early exercisers were more physically active throughout the day and also consumed about 100 fewer calories during the day than the late exercisers. If you can’t exercise in the morning or prefer working out later in the day, does it mean you’re doomed if you’re trying to lose weight?

Consistency makes weight loss and weight management sustainable. So, it’s OK if you don’t have time to exercise in the morning; you can harness the weight-loss benefits of a good workout even if you do it in the afternoon or evening or at night. Just keep in mind that working out before breakfast may help the body burn fat more effectively, compared to an evening workout. Besides that, working out in the morning also jumpstarts your metabolism, resulting in you burning calories throughout the day, rather than after an evening workout when you’re sleeping (when metabolism is lower).