10 Signs You May Have An Iron Deficiency 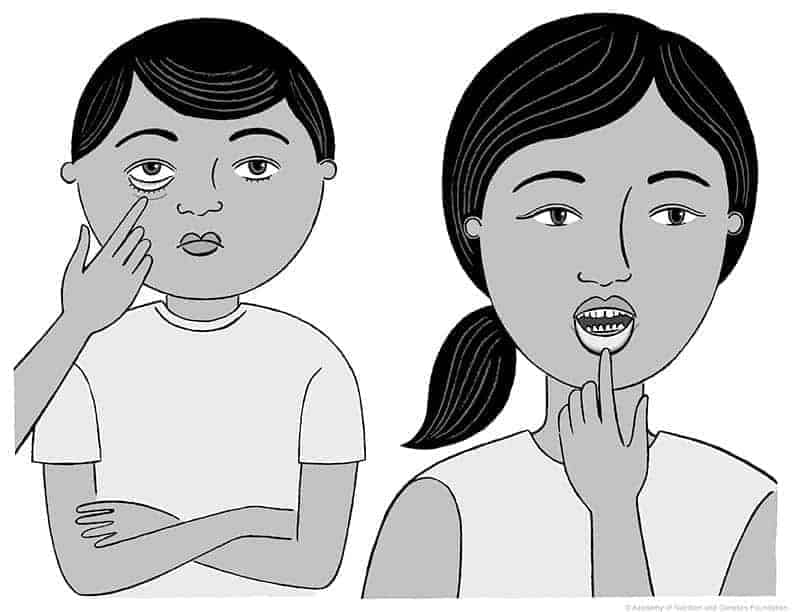 One of iron’s most important roles in the body is helping the Red blood cells transport oxygen from the lungs to all parts of the body. Low iron levels in the body means less oxygen-carrying red blood cells are made by the body, in a process known as hematopoiesis, leading to iron-deficiency anemia.

Iron is necessary for the body’s conversion of blood sugar to energy as the oxygen transported by hemoglobin is then used in burning down these sugars. The energy released is then utilized in the body.

The production of enzymes in the body is highly dependent on iron. These enzymes which include amino acids, hormones, and neurotransmitters are necessary for that they enhance the production of new cells. Normal functioning of the immune system as well cognitive functioning is also highly dependent on healthy amounts of iron in the body. For this reason alone, if the body has low levels of iron, normal hemoglobin production slows down translating to low supply of oxygen necessary for the proper functioning of vital organs needed for survival.

Iron can be lost from the body in a variety of ways including urination, sweating, defecation, and exfoliation of old dead skin cells. Bleeding is, however, the biggest contributor to the loss of iron from the body. This especially affects women during menstruation and childbirth. This is why women are commonly encouraged to eat as many iron-rich foods as possible. Expectant women are usually encouraged to consume iron-rich food that is more than their normal consumption and are required to take at least 10-20 mg of iron per day. This can be attributed to the fact that the growing fetus is in need of a constant supply of iron as it requires it to build its own iron reserve and this it does by absorbing those present in the mother’s body

There are two types of iron: haem and non-haem iron.

Haem Iron is found in foods that are animal-based, such as red meat, poultry, and fish. This type of iron is easily absorbed by the body, and hence foods having haem iron are considered the best sources for increasing and maintaining healthy iron levels in the body.

Non-Haem Iron, on the other hand, is found in foods that are plant-based, such as cereals, vegetables, and legumes. Although this type of iron is available in larger quantities in our diet compared to haem iron (around 65% of the body’s iron requirements is obtained from non-haem iron), it is not easily absorbed by the body.

Iron-rich foods which you should always remember to take in healthy servings to ensure you have adequate amounts of iron in the body include liver, chicken breast, oysters, lean beef, bran flakes, canned chickpeas, spinach and macadamia nuts. You should, however, be cautious when taking liver as an iron supplement when expectant as it is very rich in vitamin A which can be dangerous to the growing fetus. You should, therefore, try as much as possible to combine it with other foods or drinks rich in vitamin C such as oranges, kiwi fruits, tomatoes, lentils, turnips and strawberries for effective absorption of the iron.

Some foods that we eat reduce our bodies’ ability to absorb iron. Drinking caffeine (in coffee and tea) with meals can reduce iron absorption by 50% – 60%. Phosphate found in cold drinks and phytates found in some grains also affect iron absorption. Such foods should be avoided especially by those whose diet is low in iron.

The iron needed each day by a person depends on their age, gender, and general health. Infants and babies require more iron than adults since their bodies are growing quickly. Women need more iron than men to replace the iron lost through bleeding during menstruation and childbirth.