The Health Benefits of Cooking in Cast Iron 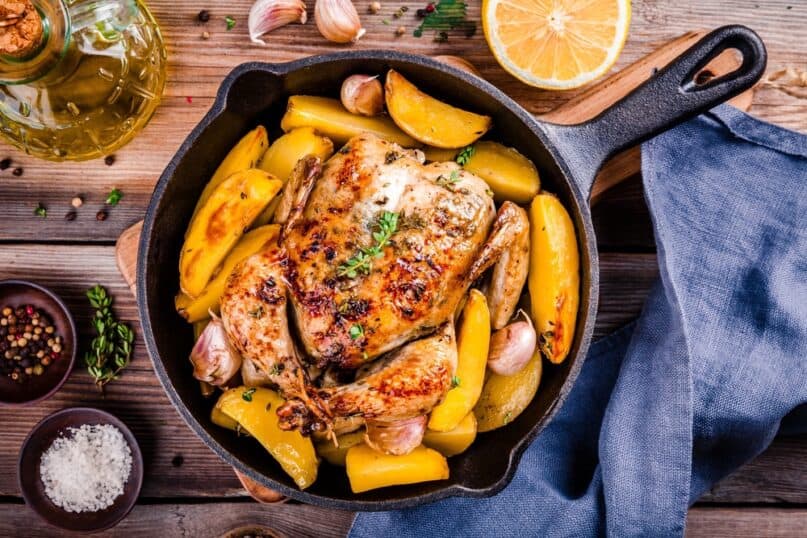 The benefits of cooking in cast iron. You’ve probably heard at one point or another that cooking in a cast-iron pan releases iron into your food. While cast iron doesn’t leach chemicals, it can leach some iron into your food- and that’s a good thing. Iron deficiency is fairly common worldwide. In fact, 10% of American women are iron deficient. Cooking food, especially something acidic like tomato sauce, in cast iron can increase iron content by as much as 20 times. Cooking in cast iron pots can significantly increase the iron content of food, particularly foods with high moisture content, high acidity, and those cooked for a long time.

For example, a serving of spaghetti sauce normally contains less than one milligram of iron, but when cooked in an iron pot, that can climb to nearly six milligrams. Researchers found that cooking in an iron skillet greatly increases the iron content of many foods. Acidic foods that have a higher moisture content, such as applesauce and spaghetti sauce, absorbed the most iron. As a matter of fact, the big winners in the foods tested were these two items. For 100 grams of each (about 3 oz.), the applesauce increased in iron content from 0.35 mg. to 7.3 mg. and the spaghetti sauce jumped from 0.6 mg. to 5.7 mg. of iron. While foods that were cooked for longer periods of time absorbed more iron than food that was heated more quickly. They also found foods prepared with a newer iron skillet absorbed more iron than those cooked in an older one. 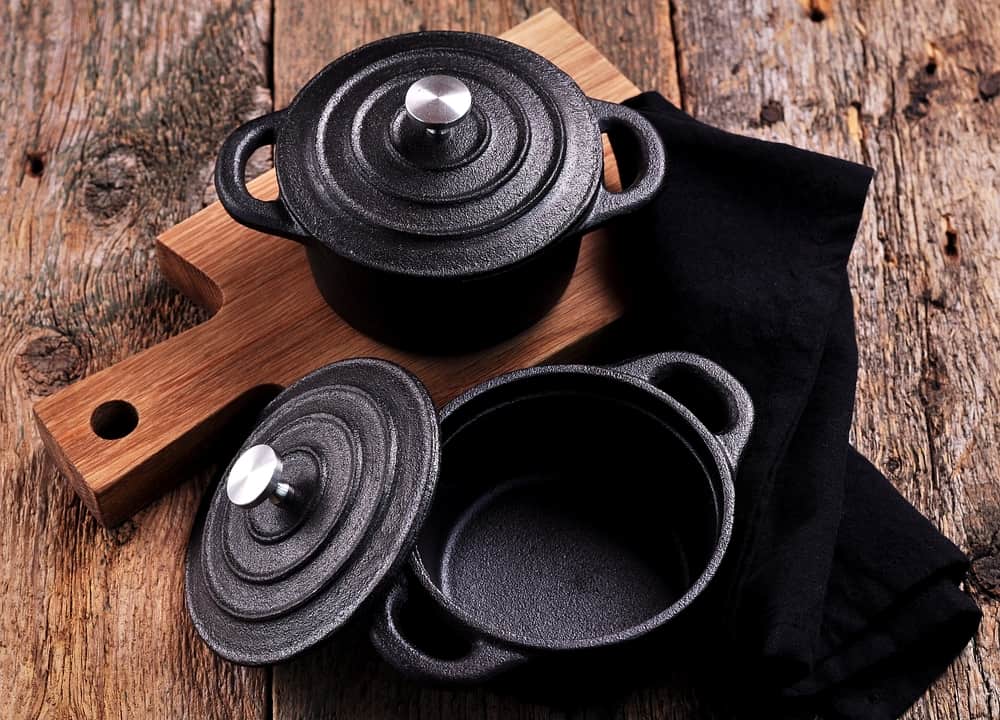 1. Benefits of cooking in cast iron

For starters, it’s non-stick. Cast iron pans have a lot of mass so they hold the heat better than thinner and lighter non-stick pans, but it takes longer for a cast pan to warm up too. However heavier pans with nonstick coatings make the difference pretty slight. If food sticks to your cast iron pan, your pan is not seasoned right and you need to re-season it.

Cast iron is a natural non-stick surface and if your pan is seasoned correctly it will not stick! Always preheat your cast iron frying pans before frying in them. While your cast-iron skillet might be tough, it isn’t indestructible. There are a few surefire ways to ruin the seasoning, or worse, destroy your cookware entirely. Avoid these pitfalls to keep your pan in tip-top cooking condition. A seasoned pan will look shiny and fairly uniform in the dark color of the iron. Another sign is if things stick. A seasoned iron skillet will allow you to make a thin crepe and flip it without any sticking.