What Blue Light Is and How it Affects Health 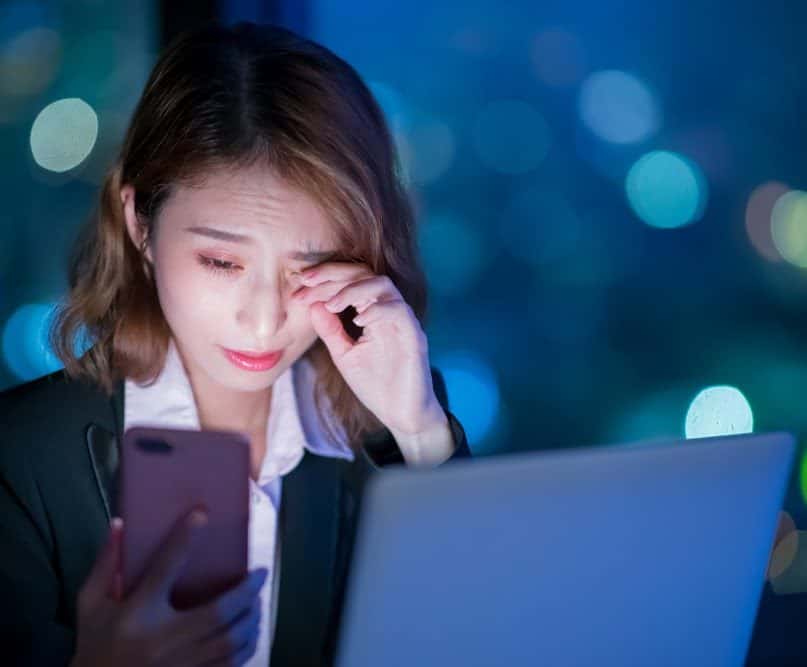 When it comes to technology, it is easy to summarize everything that modern computers and cell phones have done for us. The convenience of communication allows us to see and hear from those closest to us with just the push of a button. Business can be conducted globally in the palm of our hands, and we can find out the answer to any question with a few keystrokes or a few taps on a screen.

But not everything that technology brings us is beneficial. Several studies have revealed the dark side of too much screen time, and our overall health could be deteriorating as a result. These symptoms arise from too much time absorbing blue light.

Blue light is described as the color in the visible light spectrum that can be seen by the human eye. Blue light has a typically short wavelength, which means it can produce higher amounts of energy. The wavelengths collide with air molecules that cause the blue light to scatter.

Blue light is everywhere, but years ago, the only source of blue light was available from the sun. It now comes from a variety of sources with digital screens. Blue light can found transmitting from television sets, smartphones, computers, tablets, gaming systems, LED lighting, and other electronic devices.