10 Superfoods To Speed Your Metabolism 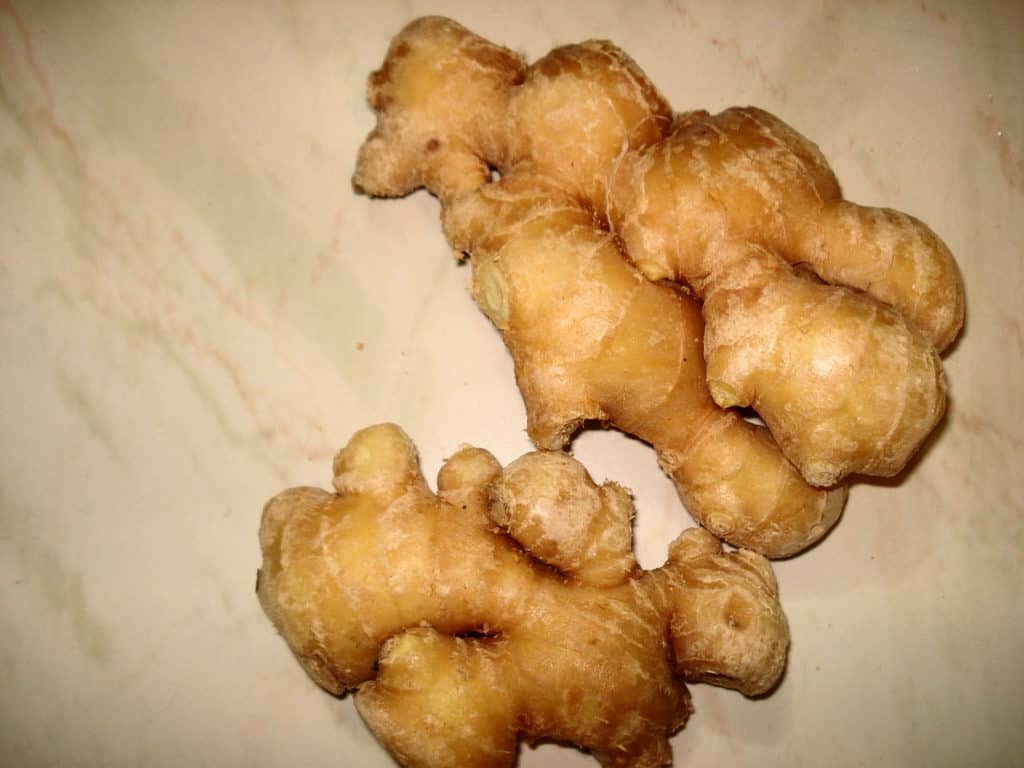 Ginger has been used as a food, spice and medicine for centuries, and is purported to treat various ailments like nausea, colds, arthritis and migraines. Belonging to the same family that includes cardamom and turmeric, ginger holds a large amount of benefits that include promotion of digestion, stimulation of metabolism, which increases calorie burning. Like cayenne pepper, it stimulates the thermogenic process.

Ginger is a vasodilator, which means it increases the diameter of blood vessels and enhances blood circulation. This allows for an increase in oxygen and nutrient delivery throughout the body. Vasodilation also aids metabolism by improving the removal of catabolic waste product.

According to a study performed by Mashhadi, N. S, et al., the health-promoting aspects of ginger can be attributed to the rich phytochemistry found in it. Ginger also contains anti-inflammatory and anti-oxidative properties that can be used to control signs of aging, and it’s also antimicrobial. The consumption of ginger before exercising has been theorized to reduce naturally-occurring muscle pain, due to its anti-inflammatory effects.

While some may find the taste of ginger to be quite strong, there are various ways in which you can easily get a daily dose of it. Adding a teaspoon of powdered ginger to lemon and warm water in the morning can kick-start your day, and give your metabolism a boost. 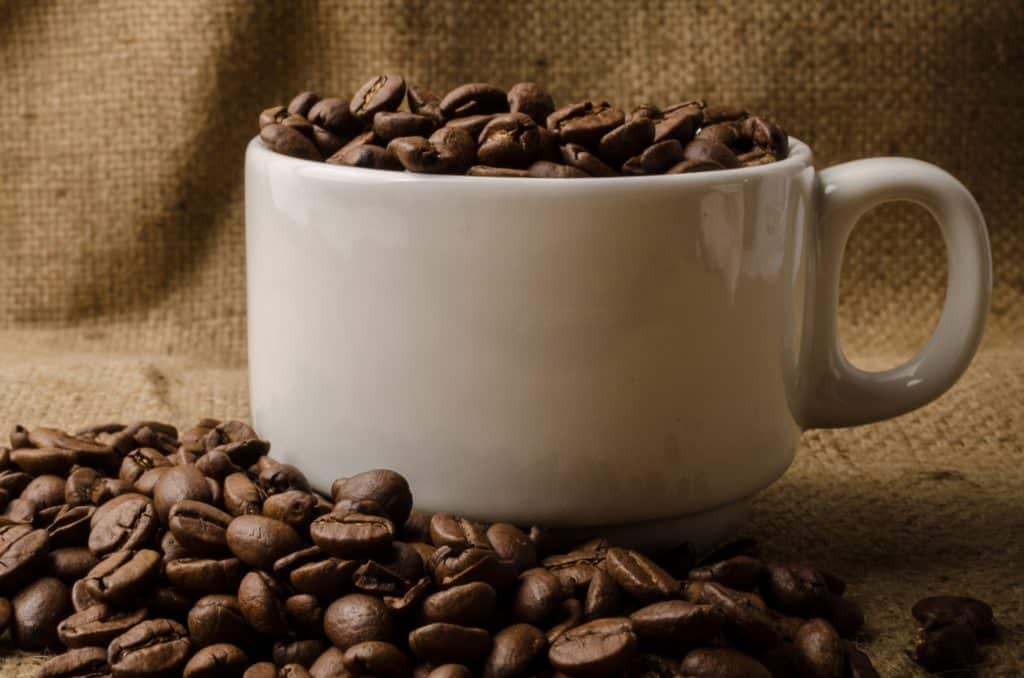 Black coffee contains several biologically active substances that can affect metabolism, including caffeine; one of the few substances that help move fats from fat tissues. The other substances are theobromine and theophylline, close relatives of caffeine that can cause a stimulant effect; and chlorogenic acid – one of the active compounds in coffee that may help slow the absorption of carbs. When carbs are absorbed slowly, blood sugar levels are kept steady. This can make it easier to control cravings that can cause weight gain and diabetes.

Over the past few years, studies have come out in favour of a daily coffee habit. In an interview with AFP, Miriam Nelson, a professor from the School of Nutrition Science and Policy at Tufts University, said, “We looked at all the science… We have found no negative, adverse effects on health when you drink up to three to five cups a day.” Good news, right? Wait, it gets better. Professor Nelson then goes on to say, “In fact, there is a decreased risk of cardiovascular disease, type 2 diabetes, Parkinson’s disease and […] breast and prostate cancer.”

Though more studies are required to get a better understanding of how coffee gets its health benefits, you now have one more reason to look forward to your daily morning coffee. 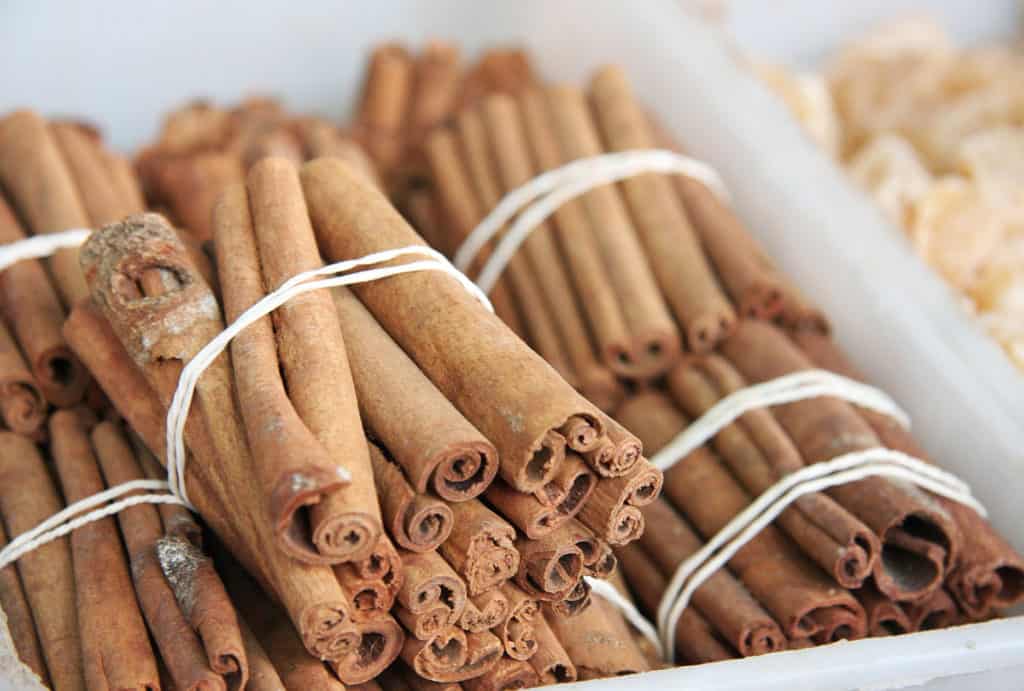 Cinnamon spice is made from the inner bark of a tree called Cinnamomum, and has been used for many years to treat a wide array of conditions like coughing, arthritis and sore throats. Various studies have shown cinnamon to be so full of antioxidants it outranks other superfoods like garlic, and can even be used as a natural food preservative.

Research led by Sheila West, associate professor of biobehavioral health at Penn State University, found that eating a diet rich in spices like cinnamon can reduce the body’s negative responses to high-fat meals. In a subsequent interview , West goes on to say, “We found that adding spices to a high-fat meal reduced triglyceride response by about 30 percent, compared to a similar meal with no spices added.”

A compound called cinnamaldehyde is responsible for most of these powerful effects on health and metabolism, and is also the reason cinnamon has that distinct flavor and scent.

Almonds are frequently touted as one of the healthiest snacks available, with a ¼ cup boasting an impressive 207 calories, 5 grams of protein and fiber, 7 grams of carbohydrates, as well as vitamin E, riboflavin, calcium, iron and more. Don’t be deterred by their high calorie content though. The fats found in almonds are the “good kind” – monounsaturated fats – which have been associated with a reduction of risk of heart diseases.

According to studies published in the Journal of Nutrition, almonds and other nuts appear to decrease rises in blood sugar after meals, as well as provide antioxidants that rid the body of the small amounts of free radicals that might remain.

These days, it’s easy to get a good dose of almonds in your daily food intake. Almonds have become a popular base ingredient for many dairy and gluten alternatives, including almond butter, almond milk and almond flour. Tossing a handful of slivered almonds into a salad, over your oatmeal, or blended up into smoothies, this superfood has fast become a versatile staple to many kitchen cupboards.

This tasty green cruciferous vegetable packs a large nutritious punch, with very little calories. Containing no fat, very high levels of vitamin C, and high in fibre, potassium, vitamin B6 and A, broccoli can give us an essential dose of antioxidants. It aids digestion, boosts cardiovascular and immune systems, and has anti-inflammatory and cancer-preventing properties. An article by Dr Joseph Mercola discusses the benefits of broccoli, including the phytochemicals found to benefit arthritis, blood pressure levels, vision and skin health.

According to research performed at the University of Illinois and published on sciencedaily.com , certain flavonoids found in broccoli are associated with a lower risk of coronary heart disease, type 2 diabetes, asthma, and some types of cancer.

The key to getting a healthier, faster metabolism isn’t as easy as simply adding one or two things to our diet. But a combination of healthy food, lifestyle and exercise can put your metabolism on the fast track back to weight loss and overall health.