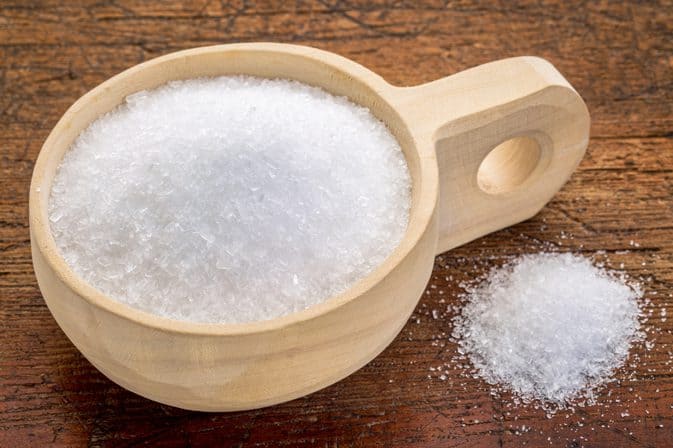 Epsom salt offers many health benefits, one of which is the relief of pain and inflammation. Chronic inflammation of muscles and joints is the main cause of pain, especially back pain. The salt is composed of magnesium and sulfate. Research has shown that magnesium reduces inflammation and assists with muscle and nerve functioning, while sulfate aids in better nutrient absorption and the flushing of toxins from the body. For these benefits, many athletes turn to Epsom salts to combat sore or injured muscles.

Simply make a natural painkiller remedy by mixing Epsom salt with hot water. Soak a towel or washcloth in the mixture for 10 minutes and the ring out any excess water before applying the towel on and around the painful area. The heat will reduce any swelling in the area, while the Epsom salt will reduce inflammation.

An Epsom salt bath is also possible and highly recommended. Just add two cups of the salt to your hot bathwater and soak in it for 15-20 minutes, with a glass of water nearby to keep you hydrated. The sulfate in the Epsom salt will remove toxins from your back that are causing it to ache. The removal of toxins will cause you to become sleepy, so try have the Epsom salt bath before bedtime.

Owing to the strenuous lifestyle of today, stress and anxiety are common causes of muscle tension and backache. By sliding into a warm Epsom salt bath, the salt will help your body produce serotonin that will elevate your mood and bring a relaxed feeling to your mind and body. 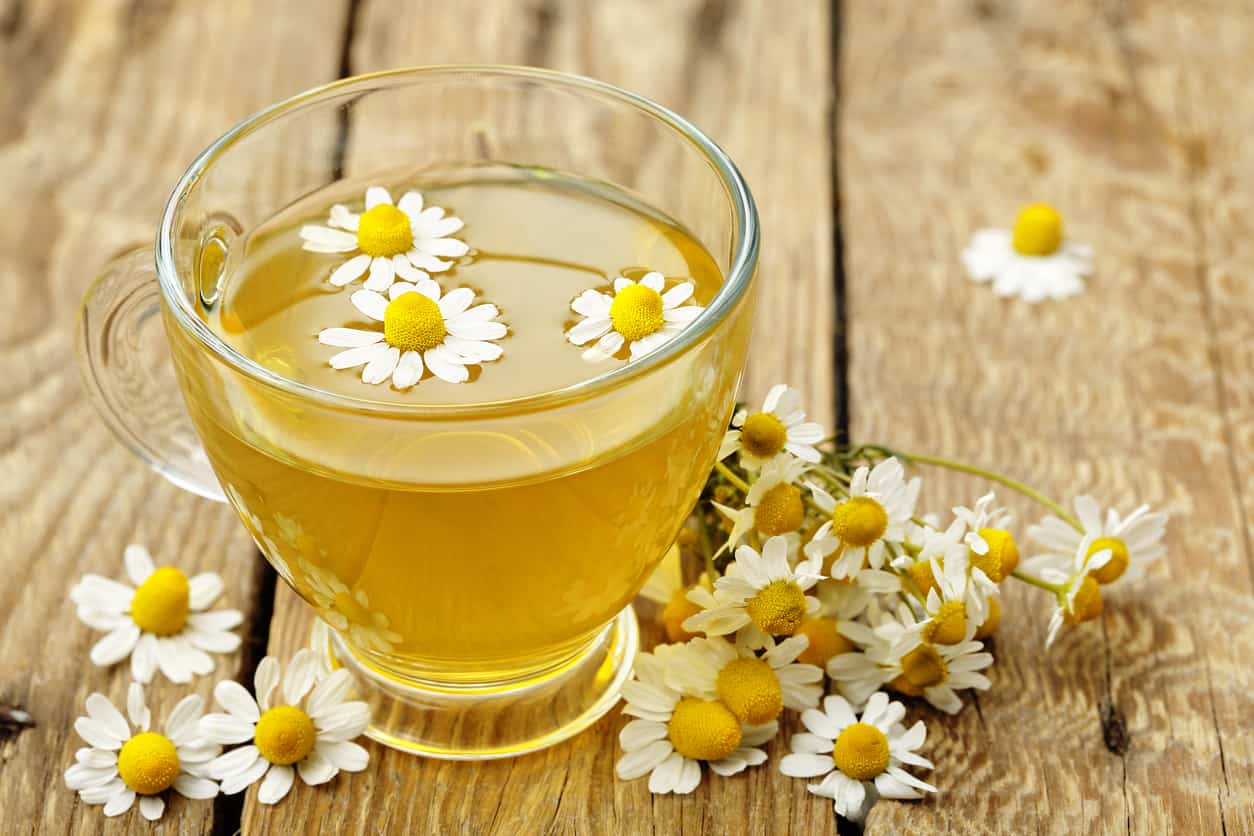 Another ingredient which can be found on your kitchen shelf that can effectively relieve back pain, is chamomile tea, often referred to as the “herbal aspirin”. The tea is commonly used to soothe stiff and tense muscle tissue caused by stress. The chamomile herb also improves digestion, and will further benefit those who struggle with back pain resulting from obesity. Calcium in the chamomile will also help to decrease the muscle tension and relax them, while its antispasmodic properties reduce the severity of muscle spasms in the back.

Chamomile tea is often enjoyed as a casual beverage; however, by simply increasing the dosage, chamomile tea becomes medicinal. To get this therapeutic dose of the herb, infuse about 14 chamomile tea bags in 2 cups of boiling water for 15 minutes. The tea bags can be reused up to three times; however, the potency will decrease with each use.

This dosage may seem extreme, but is safe, unless you have an allergy to chamomile. It is also best to avoid immediately driving after the full-strength dosage, as chamomile is also known for its calming and sedating effect on the mind. This effect will further aid in the pain relief and help you sleep more easily, since a common symptom of back pain is difficulty in sleeping.

Chamomile essential oil can also be used to alleviate pain caused by tension. It can be massaged onto the aching area or burned as an aromatherapy treatment. In a recent trial, chamomile oil was shown to reduce the need for analgesics in individuals suffering from arthritis pain, after they rubbed chamomile oil onto the affected area three times a day for 3 weeks. 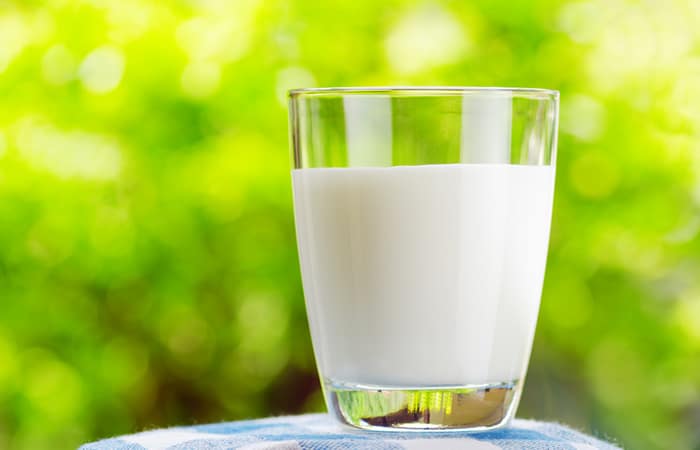 As mentioned previously, lack of nutrients is one of the prevalent causes of back pain. One nutrient deficiency that could very likely result in muscular pain, is calcium. Ensuring your body gets enough calcium can reduce the severity of back ache and help prevent them.

Many of the remedies listed contain calcium and this is one of the reasons they are listed as a treatment for back pain. Calcium is required by the body to strengthen bones. As we age, our bones struggle to maintain their mass, leading to conditions such as osteopenia or osteoporosis. These conditions can cause your spinal vertebrae to weaken, resulting in back pain. However, too much of anything can be dangerous, and an oversupply of calcium may result in bone fractures. This is why doctors recommend calcium from natural sources instead of supplements.

Milk is a naturally rich source of calcium and it is highly recommended that it be consumed regularly. Adding honey to milk as a sweetener can provide added benefits. Milk can also be combined with other anti-inflammatory ingredients, like turmeric and ginger.

Milk also contains magnesium, another essential mineral that is needed by the body. If there is too much calcium in your body or there is an inadequate amount of Magnesium, your muscles will not easily relax and remain contracted. Contracted muscles, also referred to as ‘knots’, are one of the leading causes of back pain. While milk might not be the richest source of magnesium, regularly drinking milk can definitely help you reach the daily requirements needed for you to be relieved of back pain caused by tension.