15 Foods to Avoid if You are Diabetic

Diabetes is a disease that affects hundreds of millions of people across the globe. Diabetes is potentially fatal. In fact, it kills more people in the States than HIV/AIDS and breast cancer combined. It is the leading cause of kidney failure, amputations, heart failure, stroke and blindness.

Diabetes comes about when something goes wrong with the insulin in your body. When you eat something, your body turns it into glucose, a simple sugar. This is when the pancreas is supposed to release insulin. Insulin acts as a sort of key that opens the cells in your body, allowing glucose to enter them. The cells can then use this glucose for energy.

With diabetes, this system doesn’t work and things go wrong. The most common forms of diabetes are Type 1 and Type 2, although there are other kinds such as gestational diabetes, which affects some pregnant women. In Type 1 diabetes, the pancrease produces little or no insulin. The result is that glucose cannot enter the cells and be used, and builds up in the blood.

If left untreated, this high blood sugar level can cause severe damage to the eyes, nerves, kidneys and heart. It can even lead to coma and death. Type 1 diabetes usually starts in childhood. The onset of Type 2 diabetes is usually later, and mostly starts in adulthood. However, doctors are seeing a drastic increase in the number of children with this type. Obesity is a key factor, so keeping your weight down and eating healthily are crucial. Some foods can make your diabetes worse! Read on for the 15 worst foods for diabetics… 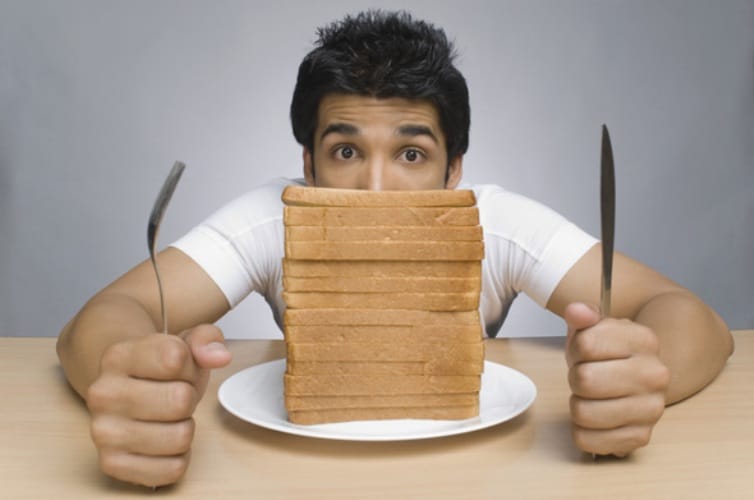 Grains are an important part of a healthy, balanced diet. A diet rich in vegetables, legumes, pulses, nuts, seeds, and grains is the best way to avoid or help control your diabetes. So because bread is made out of grains it must be healthy, right? Wrong! Grains and other foods should be consumed as close to their natural form as possible.

Think of a crusty French loaf, white rolls or bagels. All of them are made out of white flour. White flour is refined and processed to such an extent that it has lost the wheat’s natural fiber and nutrients. It is a ‘nothing’ kind of food: it provides little in nutrients except for simple carbohydrates. These are the kind of carbs we want to avoid because their sugar is released into the bloodstream quickly. This causes a spike in blood sugar, and then a crash soon after.

Even if you aren’t a diabetic, but especially if you are, you should keep your blood sugar on an even keel. That means eating enough fiber-containing complex carbohydrates and avoiding simple carbs. Fibre-rich foods slow down the rate at which glucose is released into the bloodstream. This keeps the blood sugar level even over time. Choose whole grain or 100% whole-wheat bread instead.

Both of these bread is high in fiber because the husks, or outside layers, of the wheat, have not been removed. Fibre has extremely beneficial effects on our digestion and slows down the rise of blood sugar levels. But even if you choose a high-fiber bread instead of white, moderation is still key. Stick of one slice per meal, and also accompany your bread with some protein to help prevent blood sugar spikes.