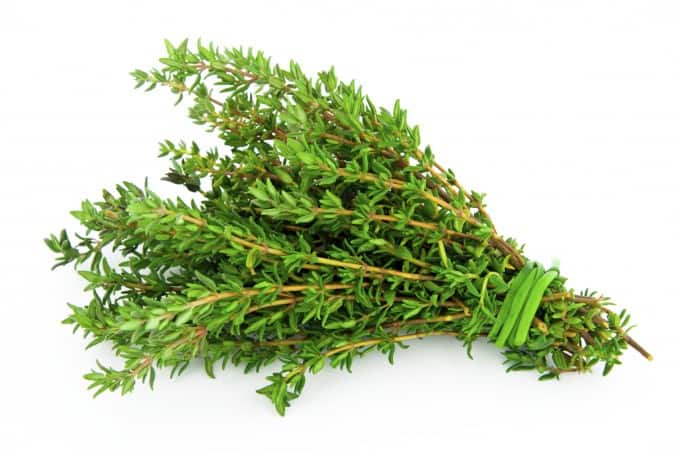 Thyme is a close relative of Oregano but is more relatively easy to grow. Thyme does not mind whether it is grown in acidic or alkaline soils. It just needs good drainage and a generous amount of sunshine to flourish. It is vulnerable to cold, frost and wind. It is found in Egypt and the Levant. It spread to nearby areas via ancient trade routes. It is now naturalized across the so-called ‘’ Old World’’.

Thyme played an important role in the ancient Egyptian burials. It was very popular in Greece too at the time. In the middle ages, thyme was used to help sleep and ‘’chase away’’ nightmares. Thyme can be used both dry or fresh, though most people prefer the fresh variety. It is often found along with meat dishes that are common across the Mediterranean.

Thyme is a powerful antioxidant, it also has great antiseptic and anti-bacterial properties. It has been used in common medicine since the ancient days. Rich in Vitamins A and C, it can be a great addition to a well-balanced diet. Iron, Manganese, and Copper can all be found in trace amounts. Unlike other herbs, Thyme can also be a great source of fiber. Thyme has traditionally been used to treat coughs, indigestion, diarrhea, acne, arthritis, a sore throat, and bronchitis.

The plant can be grown in the garden such as the edge of a walk or in containers. When planted along the walkways, when you are walking, they will release a nice aroma.  It does really well in full sun and well-drained soil. The slow release fertilizer can be applied when or before planting. Good drainage is the key to their doing well, therefore, mulching with limestone gravel improves it. 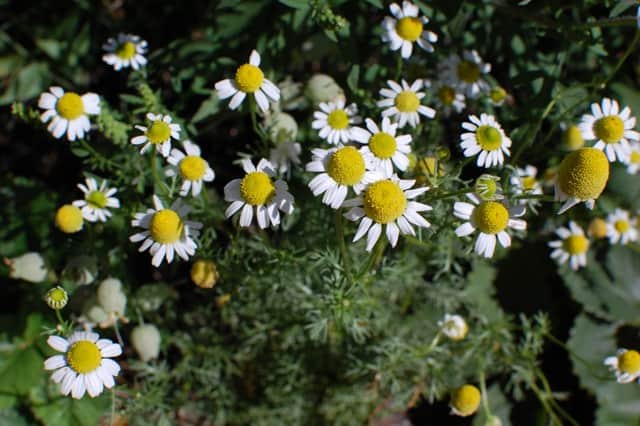 Chamomile has been used as a medicinal herb since the ancient times. It was used in Egypt, Greece, and Rome but it is now being grown throughout Europe, Egypt, and Morocco. Its popularity has grown since then and is used to treat different medical problems.

The plant contains flavonoids and oils that include bisabolol, bisabolol oxides A and B and matricin. It acts as an antiseptic, antispasmodic, antipyretic, antibacterial, antifungal and anti-allergenic. It is normally used in tea to treat ailments such as fevers, colds, stomach ailments, and anti-inflammatory. In some cases, it is used as a sleeping aid and boasts the immune system in your body.  It can be used internally or externally.

There are two types of chamomile which can be grown in a garden. These are Roman chamomile (Chamaemelum nobile)and German chamomile (Matricaria recutita). the Roman type is considered as the original plant that was used in the ancient times. However, both types are used for the same functions and they are grown in the same way.

These are creeping plants and are perennial. To grow them, you will need to plant a seed or plants in the spring. Chamomile grows well in cool conditions and should be partially in the shade. They will also grow well when planted in the full sun. They are drought tolerant and you can only water them in situations when there is a prolonged drought. They don’t need to be fertilized and doing that will affect their growth. Once they are established, they need little care until you start harvesting them. They resist the pests and you might consider planting them together with other plants. 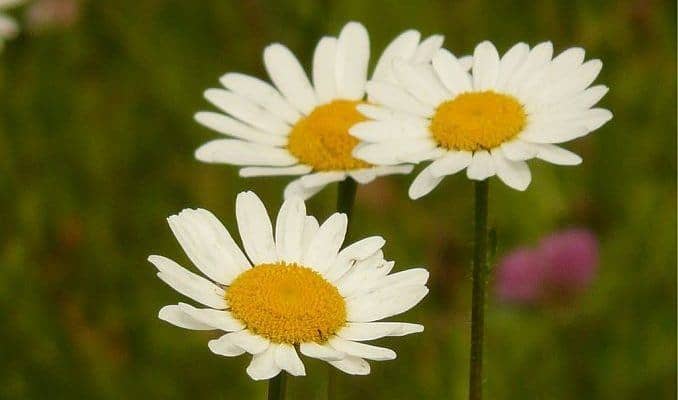 Feverfew originated from Asia Minor and the Balkans, but it is now grown globally. In the old days, they were using the leaves for their medicinal purposes. Its leaves are dried to be used for medicine. You can also use the fresh leaves and its extracts to treat various infections.

The leaves contain many significant chemicals that are useful to the body. One of the most important chemicals is called a parthenolide. This chemical has the capability to treat migraine headaches. The compound is highly concentrated in the leaves. The leaves and flowers are taken as tea, or chewed. It treats fever, arthritis, skin problems, allergies, asthma, dizziness, and nausea. The herb can treat many more other diseases including treating migraine headaches, anemia, cancer, common cold, stomach problems, liver problems.

Feverfew seeds are used to grow the plant. They can be planted in small pots that have loamy soil. They can also be grown directly in your garden. The process of growing them is the same. The seeds are sprinkled into the pot and you should place the pot in sun. In two weeks, you should see the plants growing and they can be transplanted when they are 3 inches tall.

Plant them together with the pot in the garden where there is sun. They need to be watered regularly. They flourish growing outdoors but can also be grown indoors. Being a perennial plant, you need to cut it back to the ground after frost so that it can regrow in the spring. It re-seeds and you will have the opportunity of getting new plants. Managing the reseeds helps the plant have enough space to flourish. 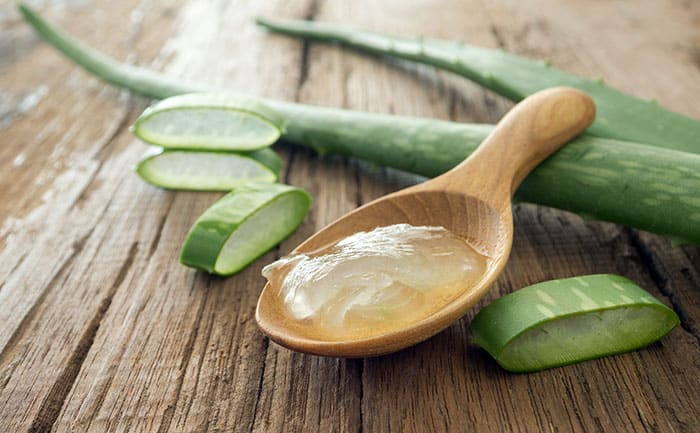 Aloe Vera has been used as a medicinal herb for some time. Aloe vera plants (Aloe barbadensis) has been grown for hundreds of years. Different parts of the world use it for various reasons. For instance, in the traditional Indian medicine it is used to treat constipation, skin problems and as a remedy for colic. The Chinese medicine uses it as a treatment for fungal diseases. While the rest of the world, it’s being used in industries including the cosmetics, pharmaceutical and food industries.

Aloe Vera has anti-fungal, antibacterial, antiviral and anti-inflammatory properties. Its uses include treatment of burns, cold sores, constipation, boosts the immune system and works as an antioxidant. It acts as a moisturizer of hair and scalp. It contains the amino acids, vitamin B1, B2, B6, vitamin A and vitamin C

For instance, the aloe latex is used as a laxative. It has the anthraquinones that significantly increases intestinal water content, intestinal peristalsis and stimulates mucus secretion. It normalizes the acid/alkaline balance and reduces the growth of yeast. The vitamin A helps to maintain a healthy vision and skin. The vitamin C prevents the cardiovascular disease and vitamin E acts as an anti-oxidant that reduces the free radicals.

Aloe vera is easy to grow both indoors and outdoors.  It is a succulent plant that does well in dry conditions. It needs to be grown in a cactus potting soil and the pot should have drainage holes. They don’t need a lot of water to grow but make sure that they are receiving plenty of sunlight. You can water them only when the soil is completely dry. If you water them too often the plant will die. 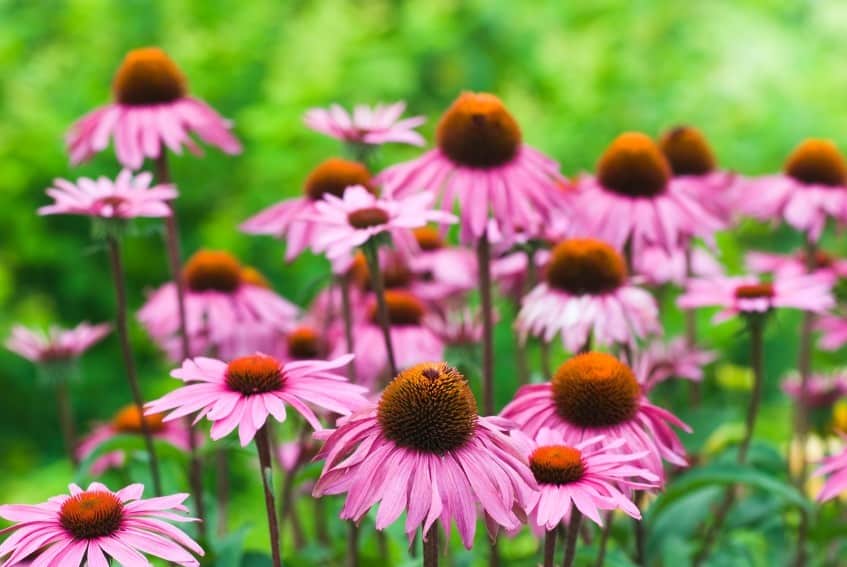 The echinacea was used as medicinal herb decades ago by the native Indians. Mostly, it was used as a painkiller. It has recently grown in popularity, thanks to the revelations of its medicinal properties. It was once used as an alternative drug for preventing the common cold. However, it is being used for different treatments.

It’s used when treating cancer, boosts the immune system, used as a painkiller, laxative, anti-inflammatory and treats skin problems. The other uses include relieves upper respiratory problems, mental problems and treats infections. The use of echinacea alongside or as a replacement for chemotherapy is now being recommended for those suffering from cancer. It treats the bowel pains, headaches, pain from measles, pain from snake bites, sore throats, stomachache, and toothache.

It cures skin problems such as arthropod bites, eczema, skin infections, stings and promotes a faster wound healing. It can be used to treat those suffering from depression and anxiety. Furthermore, it cures acute sinusitis, flu, asthma, cold, diphtheria, tuberculosis and whooping coup. The echinacea can be taken as tea or you can make a paste from the dried herbs. This should be rubbed directly to the area that is affected.

The favorite plant that is grown in most of the gardens is the purple coneflowers. The name refers to the way the petals incline backward, away from the center, forming a cone. This is a perennial plant that should be grown in the sandy soil. It requires a lot of sun and normal watering. It’s drought tolerant, late blooming and comes in different colors. As they start growing, there is a clamp of basal leaves that send up flower stems in mid-summer. The shape of leaves depends on the variety of the echinacea. 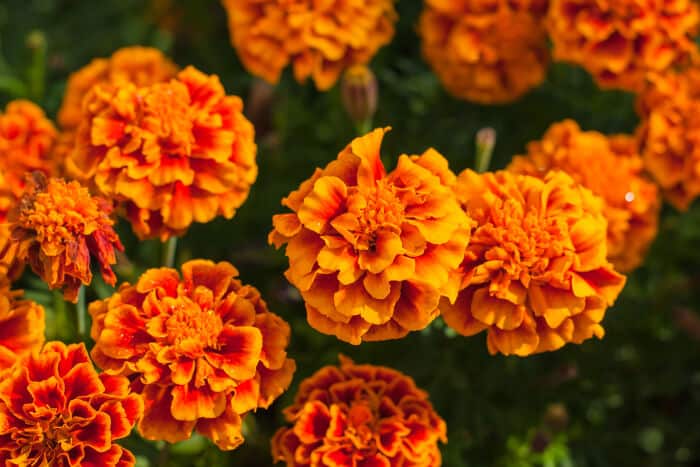 The marigold (Calendula officinalis) is native to Egypt and some parts of the Mediterranean. It has been as a treatment for various infections ever since its benefits were realized. It’s now being grown across every continent. It’s yellow-orange in color and produces small florets of petals. These flowers are what are used as medicines when harvested and dried.

The plant has some active ingredients that include antioxidants and volatile oils. These are what gives the plant’s flowers their bright colors and strong smell. It is known for its medicinal uses and has been used to treat various ailments.

They have anti-inflammatory, antispasmodic and anti-fungal properties. The flowers are used to make herbal ointments, teas, tinctures and topical treatments. In some cases, they are planted in gardens to repel bugs, add beauty to the garden and get the pleasant smell. Some of the uses include treatment of rashes, allergies, eczema, dermatitis, pain, swelling, muscular injuries, eye inflammations, and itchiness.

The plants are easy to grow and you can start by planting the seeds. They are normally used as border plants because they are short but can also be grown in containers. This can be done indoors or outdoors. However, they grow faster when they are outdoors. The plants start growing when the weather is warm. When they have grown, you don’t need to do a lot of maintenance but will need regular watering. Eventually, as they grow they become drought tolerant. They resist pests and in some gardens, they are used to keep the pests away from the other plants. To get the best flowers, you may need to water them now and then but not excessively.