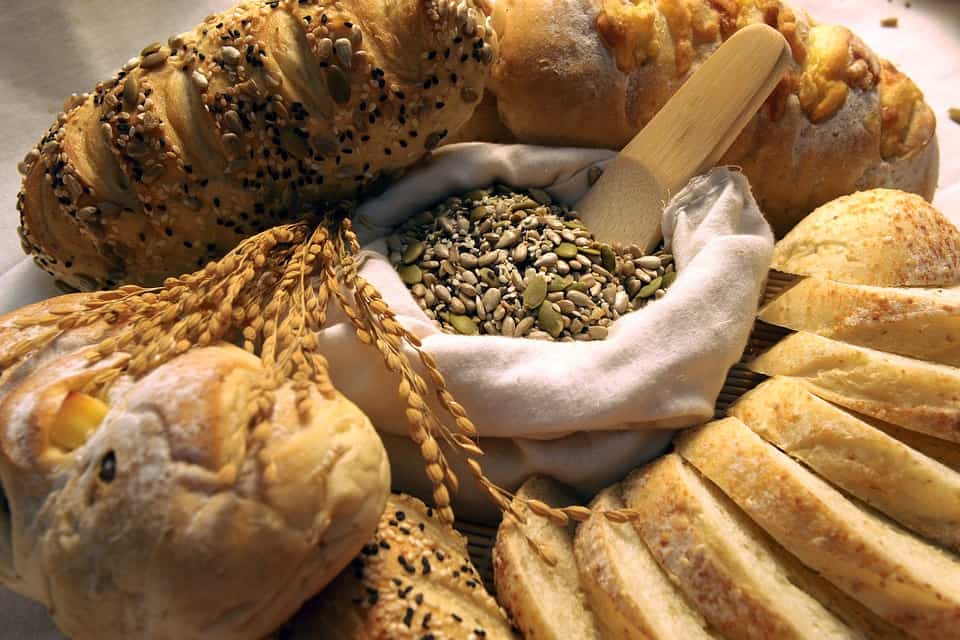 Dietary fiber (also called roughage) are the nutrients that aren’t absorbed into the intestines, instead retaining water and traveling along the digestive tract, eventually becoming excrement. Fiber is a form of carbohydrate, and can be separated into two different types: soluble, meaning it can be dissolved in water and undergoes changes when it moves through the digestive tract, and insoluble fiber, which means it does not dissolve in water, and doesn’t change form as it moves through our system.

Soluble fiber slows down the speed in which the stomach empties itself, and the rate of sugar absorption in the body, by binding to fatty acids. Soluble fiber helps reduce cholesterol, regulate sugar intake, and improve the immune and digestive systems. Insoluble fiber helps move bulk through the digestive tract and controls pH levels in the intestines. Insoluble fiber can prevent constipation and promote regularity. Fiber can absorb uric acid and easily eliminate it through waste products.

Starchy carbohydrates act as the main source of energy in a healthy diet. They’re broken down into glucose which provides fuel for the body, and are also a good source of vitamins and minerals like iron, calcium, folate and B-complex vitamins. Starchy carbohydrates include bread, potatoes, rice, quinoa, couscous and pasta, and are low in purines which makes them a great addition to a diet that aims to lower uric acid levels.

Ensure you’re getting enough dietary fiber and starchy carbohydrates every day by including them in every meal. Breakfast cereals that include wheat or oats, salad sandwiches on wholemeal bread, fresh vegetables, beans, legumes and fruit are just some of the foods that will provide healthy amounts of fiber and carbohydrates. 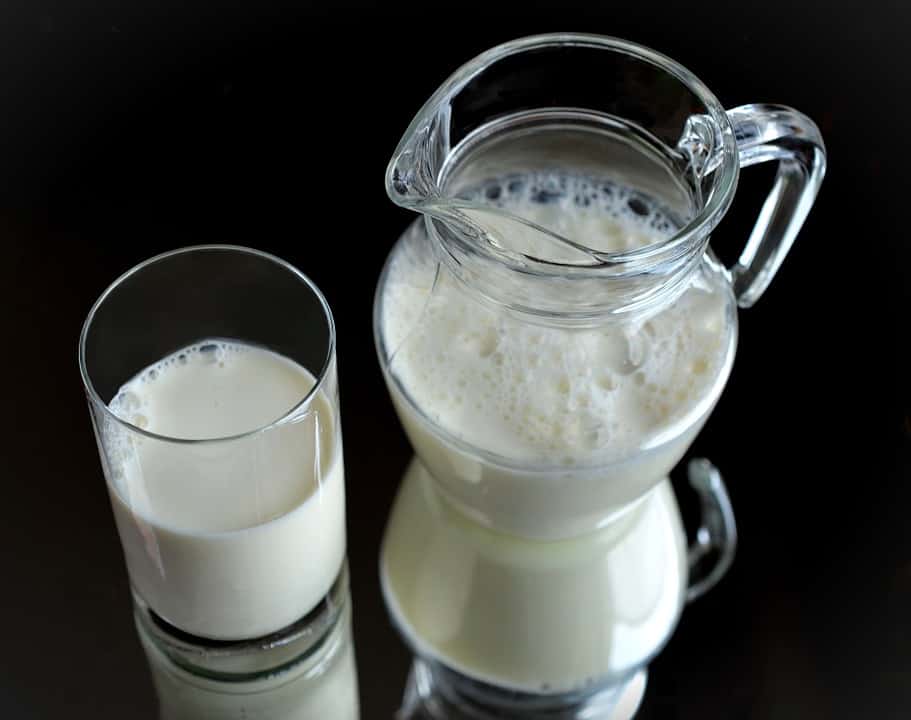 Dairy products are foods and beverages that contain milk from animals like cattle, goats, sheep and camels. Products like milk, cheese, yogurt and butter all contain dairy, and are consumed all over the world. Including dairy products in your daily diet can provide a wide array of health benefits like improved bone and dental health, reduced risk of osteoporosis, regulation of cholesterol levels and a decrease in the risk of cardiovascular issues and diabetes.

Dairy products contain important nutrients like calcium, protein, vitamin D, vitamin A, vitamin B12, riboflavin, niacin, phosphorus and potassium. Consuming at least three servings of dairy per day can benefit your health greatly, as well as reduce uric acid levels. Dairy, specifically low-fat or skim varieties, can help increase the excretion of uric acid from the body, thanks to a substance called orotic acid, which decreases the re-absorption of uric acid and promotes its removal through the kidneys.

Dairy products are also low in purine, making them an effective remedy for high levels of uric acid. It’s also thought that dairy products can protect against unhealthy increases in uric acid levels due to the presence of casein and lactalbumin, which are proteins found in milk.

It’s generally recommended to eat three servings of dairy products per day. Too much dairy can negatively affect those with a lactose intolerance, which occurs when the body cannot properly digest lactose, the sugar found in milk and other dairy products. 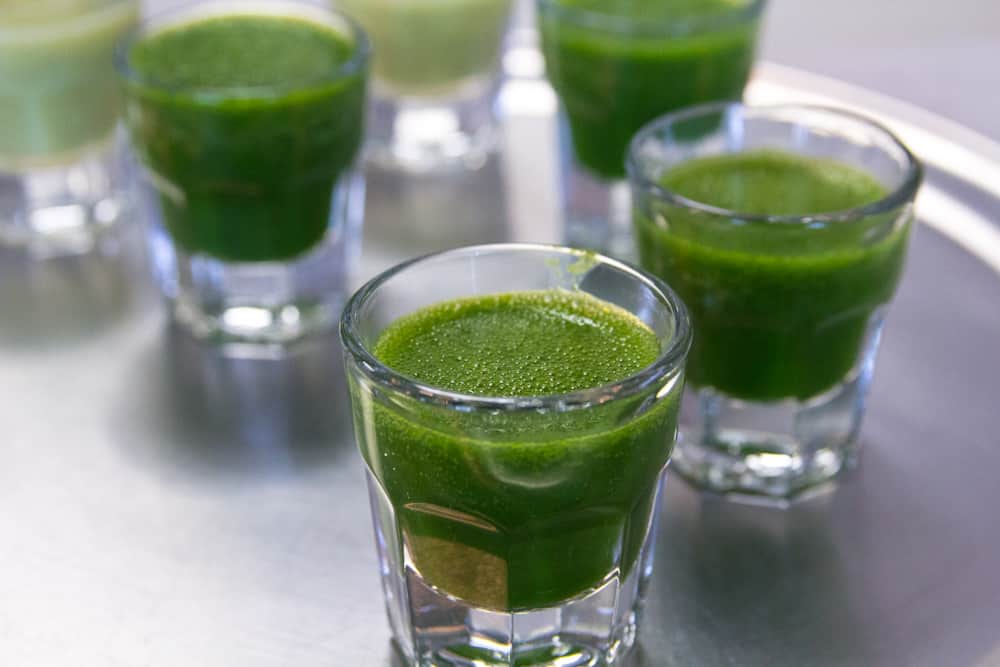 Wheatgrass juice, also affectionately called ‘liquid sunshine’, is often thought of as nature’s best health tonic. While it may not look the most appetizing, it contains an extraordinary amount of vitamins and minerals. Wheatgrass juice is made from the grass of the wheat plant triticum aestivum, also referred to as common or bread wheat. It’s native to the Mediterranean area and southwest Asia, though you can grow your own at home.

Wheatgrass juice is made of almost 70 percent chlorophyll, the green pigment that gives wheatgrass juice its deep color, which provides a wide array of health benefits like hormonal regulation, prevention of anemia and digestive health support. Chlorophyll can also help with wound healing and detoxification of the body. Wheatgrass contains the entire range of B-complex vitamins, as well as vitamins A, E, C and K, and every mineral known to modern medicine.

Wheatgrass is a natural energy and immune booster, and is often used in weight loss, for hair health, to cleanse the liver, relieve depression, lower cholesterol, and even relieve dental problems like gum disease and toothache. Wheatgrass juice can restore the alkalinity in the blood, which makes it highly effective at removing uric acid build up by cleaning out the tissues and blood. It’s also got anti-inflammatory and antioxidant properties, which further relieves hyperuricemia.

Wheatgrass juice should be consumed on an empty stomach, or enjoyed alongside fresh fruits and vegetables. Because wheatgrass juice acts as such a powerful detoxifier, it can sometimes bring on symptoms of the detoxification process like headaches, nausea, dizziness and diarrhea.