15 Ways to Prevent and Cure That Nasty Hangover 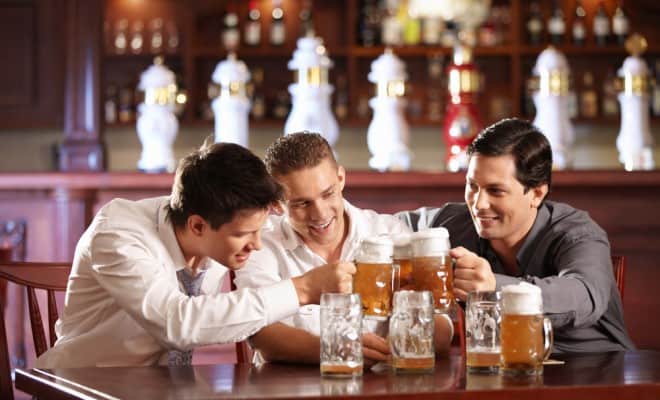 Congeners are chemicals that are toxic to the body. They form during the fermentation process when sugars are converted into carbon dioxide and ethanol (we call it alcohol) or during the distillation process when ethanol (alcohol) is separated from water. The volume of congeners contained in alcohol depends on the nature of the alcohol. It is believed that when you drink alcohol that contains a lot of congeners, you increase the odds of experiencing a hangover or making the symptoms of a hangover more severe.

It is theorized that congeners slow the metabolism of alcohol in the body. This slowed metabolism will prolong the symptoms of your hangover, leaving you feeling worse for wear for longer. Drinks with larger volumes of congeners include tequila, whiskey, and cognac. Bourbon whiskey contains the most congeners of all alcohol types. Drinks that have few congeners include gin, rum, and vodka. Vodka, in fact, contains virtually no congeners at all.

Some studies have been done on the matter. In one of them, some participants drank 2 ounces of bourbon whiskey, while others drank 2 ounces of vodka. The next day, those who had drunk bourbon reported hangover symptoms like dizziness, nausea, severe headaches, and halitosis. Those who had drunk vodka did not report such symptoms.  The conclusion is that drinks high in congeners cause hangovers. Further study is necessary.

Dark-colored drinks such as red wine, port, and brandy are associated with increased quantities of congeners. Avoiding these drinks when you’re out drinking has the potential to make you less hung over the next morning than your friends who didn’t. If they are your drink of choice, try to reduce the number of drinks you have. Or maybe it’s time to try something new… 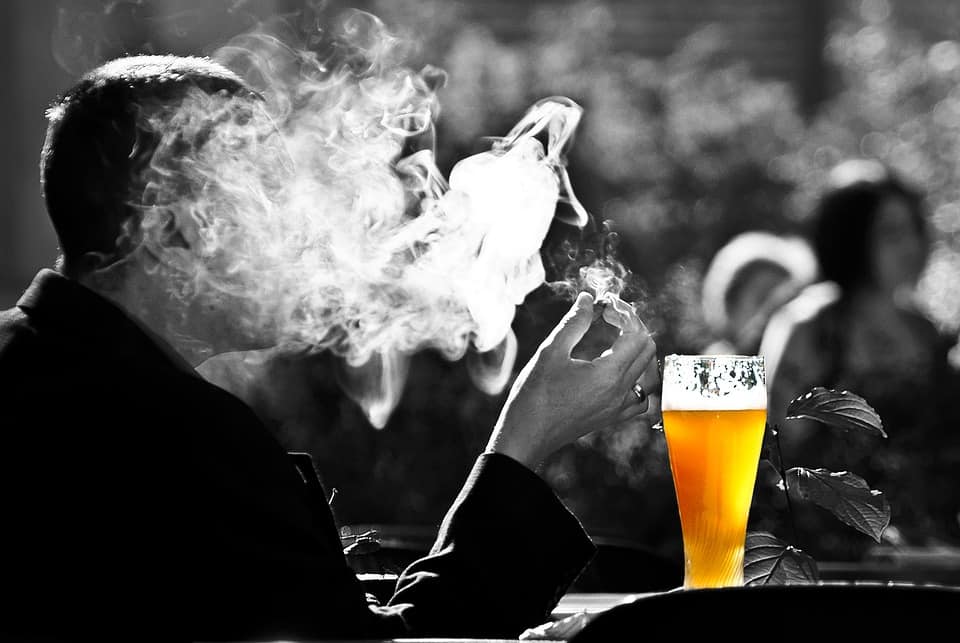 For smokers, a night out with alcoholic drinks is the time they’ll smoke more cigarettes than normal. But smoking and drinking are not a good combination if you want to avoid a hangover. The theory behind this is that the nicotine receptors in the brain can affect the body’s response to alcohol. This includes triggering the release of dopamine, a chemical which, when released, creates a feeling of satisfaction. Another theory is that smoking releases cytokines. The brain only releases them after an injury during normal circumstances. Cytokines cause inflammation, causing that familiar pounding headache and nausea.

In a study, college students were asked to document their smoking and drinking habits over a period of 8 weeks. They also had to provide data about their hangover symptoms.  They completed online surveys to submit this data. When the data was analyzed, it was determined that those who drank and smoked on the same day reported a hangover the next day, which was made worse if they smoked the next day as well.

The fact that smoking makes a hangover worse should give smokers pause for thought in addition to all the other health risks it poses. It appears that smoking can affect the functioning of the brain and have long-term effects.

Aggressive anti-smoking laws in many countries make smoking in bars and nightclubs illegal. But if you’re in a place where you can smoke freely, the temptation to do so is somehow affected by the intake of alcohol. For most smokers, it’s a habit that’s hard to break. The minute they drink, they crave a cigarette. But before you light up, remember that in the morning your brain and body won’t thank you for it. Or best of all, consider stopping altogether. 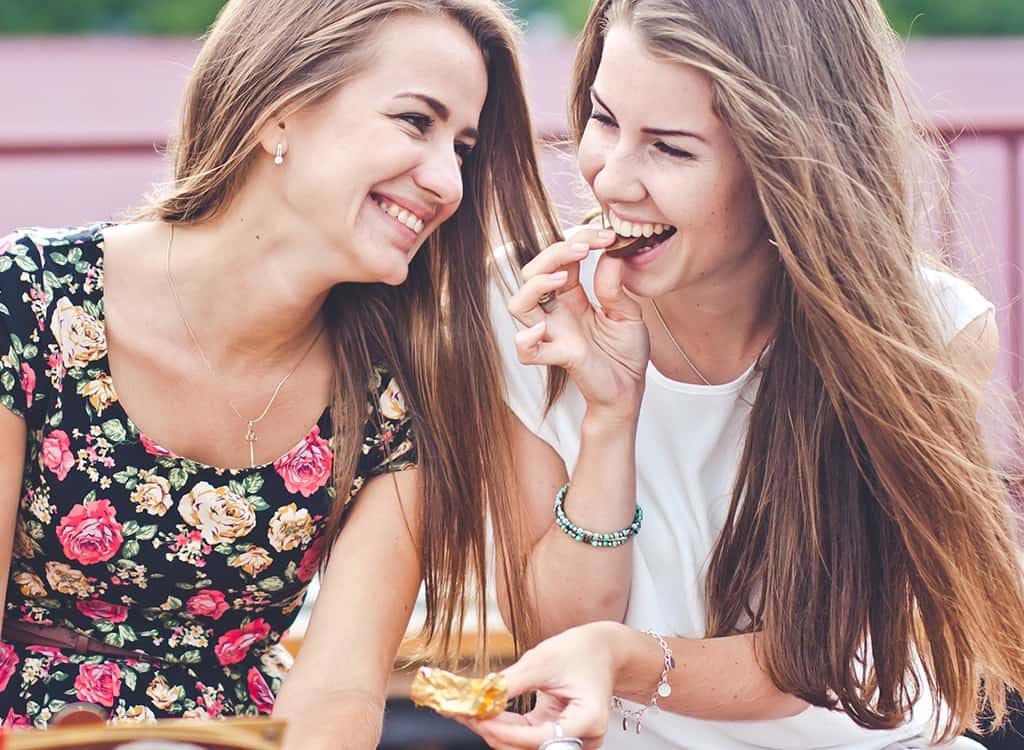 Drinking on an empty stomach is dangerous. It speeds up the rate at which you become intoxicated, and it can damage the stomach and digestive system. Eating a solid meal prior to drinking will affect the way your body metabolizes alcohol. And the way your body metabolizes alcohol can determine the severity of a hangover. A full stomach slows down how fast your body absorbs alcohol. If it is not being absorbed quickly, but it is moving through your system quickly owing to its being a diuretic means that you’ll expel more alcohol from your system without even having absorbed it. This will lessen your hangover symptoms.

Nibbling on a salad so that you’ll fit into that little black dress is not going to do it. Experts recommend that you eat red meat as it is rich in protein and Vitamin B. Vitamin B and the amino acids in proteins are good for breaking down the alcohol you drink and disposing of its nasty by-products.

Eating a healthy meal that is balanced and nutritious provides the body with additional vitamins, minerals, and electrolytes that it needs as these compounds are depleted when you drink alcohol. A meal in your stomach is also likely to keep you more hydrated than if you haven’t eaten.

The buzz you get from drinking on an empty stomach may be attractive to you, but it is harmful to your body. Anyway, the aim of going out and having a few drinks is not to get intoxicated early and reach your peak well before the height of the party. A solid meal in your stomach will ensure you enjoy the party from start to finish and don’t suffer the morning after with a mean hangover. 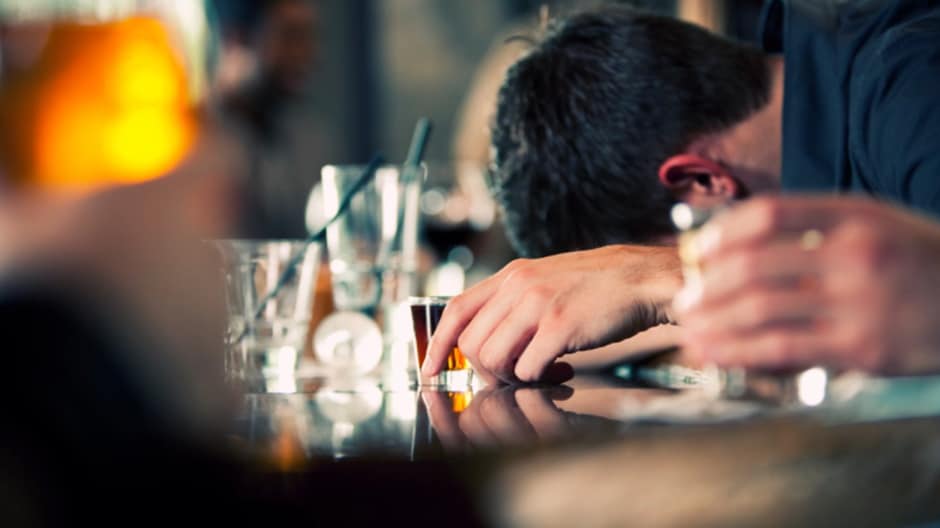 13. Limit how much you drink

As with anything, moderation is important when it comes to drinking. If you want to avoid a hangover, the best way to do it is to drink in moderation.  You also need to look at what your drink of choice is and how much alcohol it contains.

There are those that believe if you engage in regular bouts of drinking, over time your body will become accustomed to it and you won’t have hangovers anymore. This is not true. If you’re predisposed to a hangover, and you drink a bit too much, you will get a hangover every time. For some, 2-3 drinks will give them a hangover, for others, it will be more. Some people seem to be immune to hangovers completely.

The only thing that will happen if you drink on a regular basis is that your body will crave more and more alcohol and it could become an addiction. If you’re drinking to socialize and enjoy yourself and you do it in moderation, you might get a slight hangover, but nothing too severe. If you’re drinking to get drunk every day, you’ll get more severe hangovers, and you’ll wind up being alcohol-dependent. 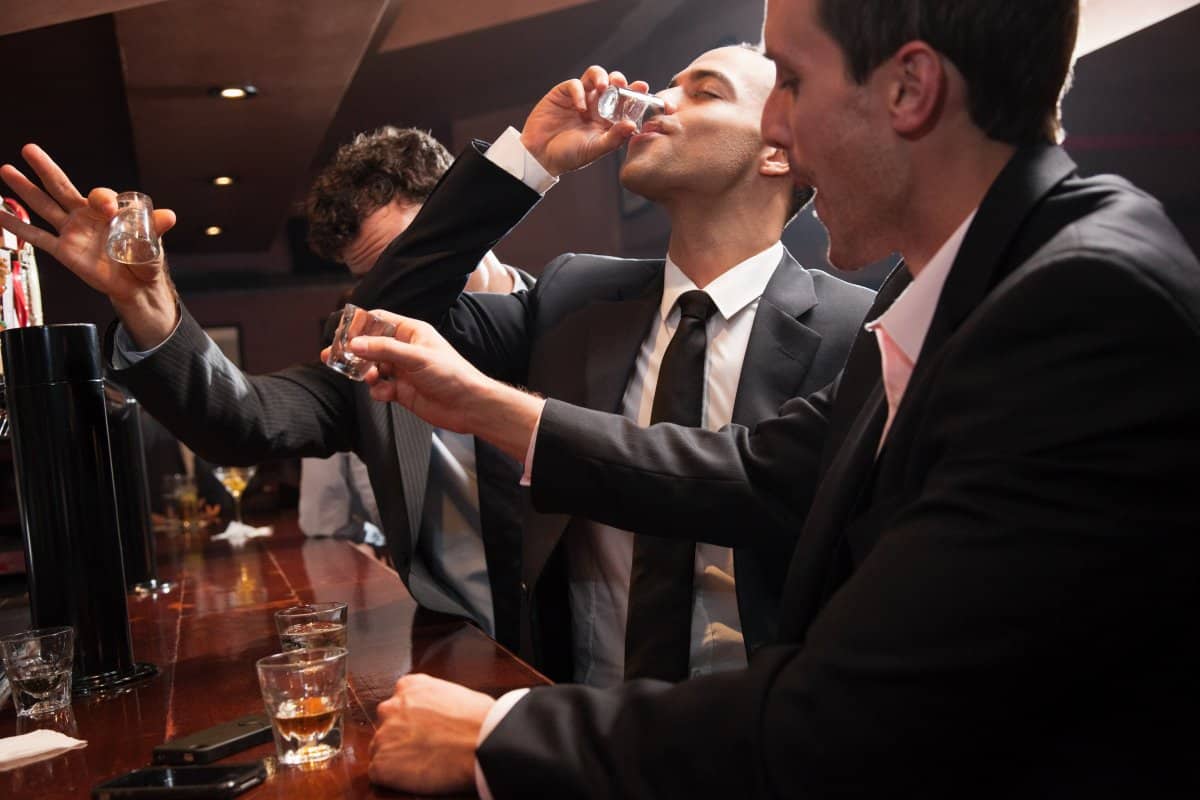 14. Stay away from the bubbles

The carbon dioxide in champagne and other sparkling wines causes alcohol to be absorbed more quickly into the system. This leads to a higher blood alcohol level than you’d have if you’d drunk non-carbonated wine. This rule applies to all sparkling wines, and even soda water and soda mixes. Anything carbonated makes your body absorb alcohol into the bloodstream faster. So, no, you weren’t imagining it when your New Year hangover and the hangover after your best friend’s wedding were worse than the usual hangover you have after a night out. It’s the bubbles that did it.

Because the alcohol in drinks with bubbles is absorbed into the bloodstream quickly, you will feel intoxicated sooner and the effects in the morning will be acuter.

Alcoholic beverages with carbonated bubbles such as champagne and sparkling wine contain more yeast than regular drinks. Extra yeast is added during the fermentation process. This is how champagne was discovered in the first place. The added yeast means more sugar and more alcohol in the contents of champagne and sparkling wine. Too much sugar can make a hangover worse. The Brut and Extra Brut sparkling wines contain less sugar. They may be less palatable than the real thing, but they’re bound to spare you that pounding headache.

Carbonated alcoholic drinks such as champagne and sparkling wine make you feel fuller than other drinks do. You will feel less thirsty. This can lead to dehydration as you may not feel the need to drink water. And dehydration is a one-way ticket to a hangover. So, when you raise a glass, be mindful of the fact that too much champagne or sparkling wine can lead to a hangover. Limit yourself to one glass for the toast and move on to something else. 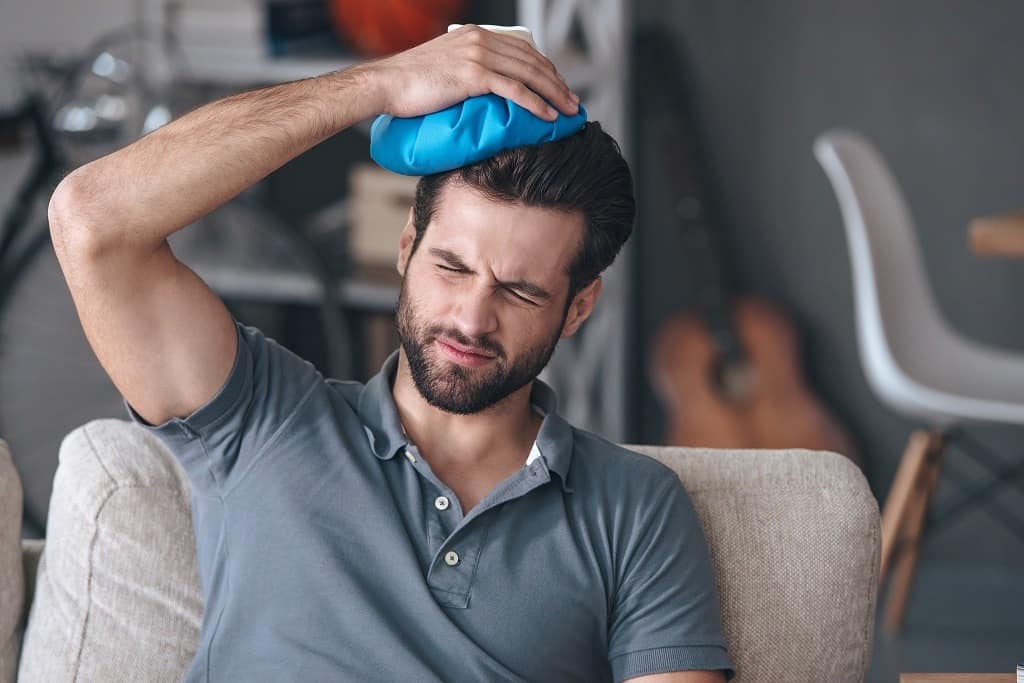 If you visit your local drugstore, you’ll find a shelf devoted to hangover cures. They range from those that promise to improve liver function to those that claim they’ll keep those hangover symptoms at bay. It is advisable to view such products with a degree of skepticism. Bear in mind that there is no magic bullet that will prevent a hangover or cure a hangover. If there was, no one would ever get a hangover.

These remedies contain a variety of herbs and other natural products. Some contain aspirin while others contain caffeine. Each one has a different list of ingredients. If you intend to buy such a product, read the label and make sure there are not any ingredients that you are allergic to or have an intolerance for. Also, read the dosage instructions and make sure that you adhere to them. Just because a product is herbal doesn’t mean it’s impossible to take too much of it and cause yourself potential harm.

Some people have a particular brand of hangover remedy that they swear by. Don’t assume that because it works for them that it will work for you. You may have to try a few remedies out, and you might find that none of them are really effective in seeing you right the morning after.

Hangover remedies should be used in conjunction with other hangover prevention and cure strategies to give you the best possible relief the next time you let your hair down that night and pay the price the following morning.