Attention Deficit Hyperactivity Disorder (ADHD) is a condition that’s becoming more prevalent. It’s possible that the rise in reported cases is due to the far more accurate diagnosis. 30 years ago, a child displaying symptoms would have been dismissed as badly behaved. The parents would be sent away with a flea in their ear about their failure to instill discipline in their child.

Today, people know a lot more about ADHD. It is more frequently diagnosed. It has initially been treated using medications. There are still children and adults who take medication for ADHD today. Some complain that the medicine makes them feel sluggish. They say the drugs make them struggle to feel any emotion at all. 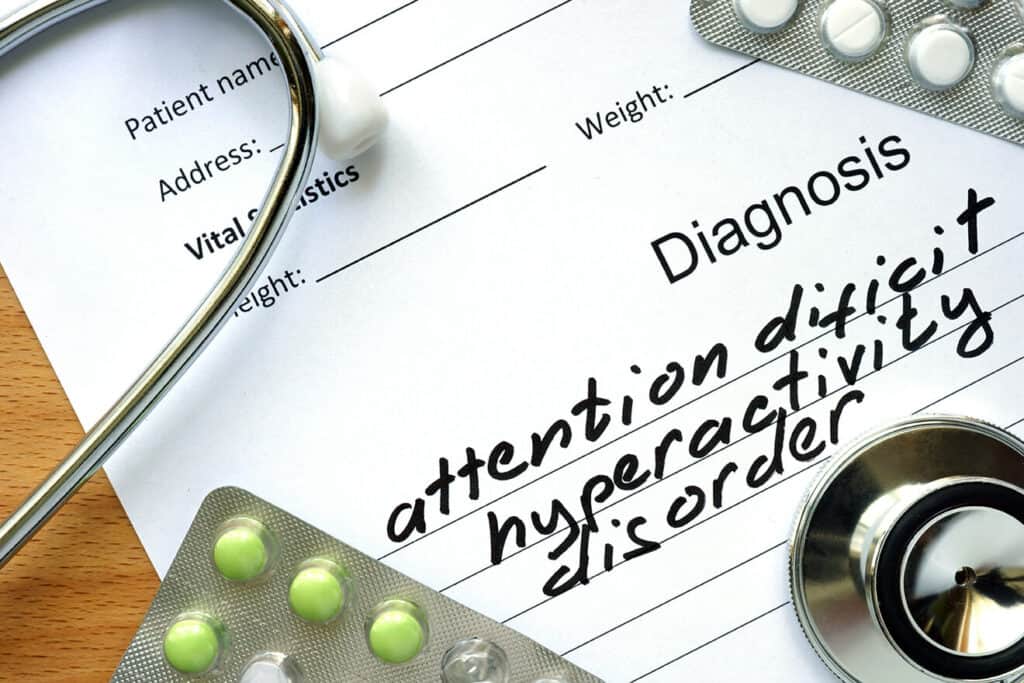 Over the years, a new school of thought has emerged. One of its proponents is Dr. Ron Hoggan, Ed.D who wrote the book ‘Cereal Killers.’ He cites several studies that link the symptoms of ADHD to gluten intolerance. Instead of placing children on medication unnecessarily, he advocates first trying a gluten-free diet. He says, “The concept of drugging a child to facilitate learning is upsetting to me, especially when there is cause to suspect that, on the gluten-free diet, she may improve without intervention.

Recent studies suggest that up to 70-80% of patients diagnosed with ADHD have a gluten sensitivity, intolerance, or allergy. This is because gluten interacts with the frontal and pre-frontal lobe of the brain. This part of the brain controls aspects such as the ability to plan and our short-term memories. These so-called ‘executive’ functions are impaired in a person with ADHD. That makes it logical to cut gluten out of the diet so that you can improve the ‘executive’ functioning of the brain.

In women, a hormone imbalance manifests itself with several symptoms. They include irregular periods, sudden weight gain or loss, listlessness, changes in sleeping patterns, and hot flashes. It can be extremely uncomfortable and have an impact on your quality of life. These are the same symptoms that appear during menopause when a woman’s body goes through a hormonal change.

Doctors are finding links between female hormones estrogen and progesterone and gluten. There seems to be a connection between consuming gluten and unstable hormones, according to the research. It is particularly prevalent during the perimenopausal stage. The reproductive system is changing. Hormones are being produced at much lower levels. There may be a sudden burst of activity, and more hormones are produced. All in all, it’s a time of fluctuation and change in the body. The stress and fatigue brought on by perimenopause can lead to overeating, irritability, and weight gain.

For a woman experiencing perimenopause with gluten intolerance, things are going to be more complicated. A gluten sensitivity indicates an adrenal hormone imbalance. The most important hormone secreted by the cortisol. This is a hormone that is released when the body is feeling stress. With gluten intolerance, your body is secreting more cortisol. The adrenal glands become fatigued from continually producing and secreting cortisol.

Doctors recommend that women eliminate gluten from their diet as soon as menopause commences as a measure to control the fluctuation of the hormones in their bodies. If women start to experience these types of symptoms, they need to consult a doctor. They may not be entering menopause at all. The symptoms may be the simple result of gluten intolerance. This is very likely if the symptoms manifest in a woman well before she’s due to enter menopause.

When people hear vertigo, they assume it means feeling dizzy and light-headed. In fact, it’s so much more than that. The dizziness you feel when you have vertigo comes from a dysfunctional inner ear balance system. A person experiencing an episode of vertigo will feel either as if the room is spinning or as if they are spinning. You don’t have to be standing to have an episode of vertigo. It can happen when you’re sitting down as well.

A vertigo spell can be brought on by an external factor such as a rocking motion which causes motion sickness. Or vertigo can be caused by an actual problem in the inner ear. Meniere’s Disease is a condition which causes severe, frequent cases of vertigo. Although there is not as much research on the matter as experts would like to see, some say that there is a link between Meniere’s Disease and gluten. Meniere’s Disease has no known treatment. Its sufferers experience chronic bouts of dizziness, some pressure in the ears, nausea, vomiting, and even migraines. They find themselves unable to stand or walk when a vertigo episode occurs. They lose their balance entirely and often fall.

A small study conducted in 2012 showed that over half of the 58 subjects showed low-level to high-level gluten sensitivity. There is vast anecdotal evidence to suggest that sufferers have seen a radical improvement in their condition when they cut gluten out of their diet. They even report that they experienced relapses as soon as they ‘fell off the wagon’ from their gluten-free diet. As it stands, the connection between gluten and vertigo is suggestive and more tentative than conclusive. But it bears further investigation. If you experience spells of vertigo, it would be a good idea to ask your doctor if you can have your gluten sensitivity checked.

Alopecia areata is autoimmune hair loss. It affects both men and women. The condition is characterized by balding patches in circular shapes across the scalp. Other autoimmune hair loss conditions cause complete baldness. They can even result in the loss of all body hair. There is anecdotal evidence of a link between gluten intolerance and autoimmune alopecia. Patients have reported a vast improvement as soon as they cut gluten out of their diets. As soon as they start consuming gluten again, the autoimmune alopecia reappears.

The autoimmune alopecia is caused by a set of antibodies called gliadin antibodies. When you have a gluten intolerance, these antibodies kick into high gear, wanting to protect your body from this ‘foreign’ substance. Going above and beyond the call of duty, the antibodies go after other parts of the body, including the hair and hair follicles. In addition to autoimmune alopecia, gluten intolerance may cause your hair to become malnourished. The result will be excessive hair shedding. The reason for this goes right back to the digestive system.

Our hair relies on vitamins and minerals to maintain its health and vitality. When you have a gluten intolerance, your digestive system struggles to absorb these essential compounds from the food you eat. In essence, a gluten intolerance ‘starves’ your hair of the nutrients it needs to survive.

Your hair needs regular doses of protein, iron, calcium, selenium, and Vitamins B and C to maintain the health of the hair follicles and strands. Gluten intolerance also causes inflammation in the scalp. This can cause damage and ultimately necrosis (death) of the part of the hair shaft that attached to the scalp.

Fitness
Tips for Overcoming Gym Anxiety and Working Out in Public
6. Accept that not everything has to be perfect, especially… Trista - August 12, 2021

Lifestyle
Instant Ways To Tell A Hotel Is Dirty And What To Do About It
11. Pay with a credit card over your debit card. … Trista - August 7, 2021
- Advertisement -
Advertisement